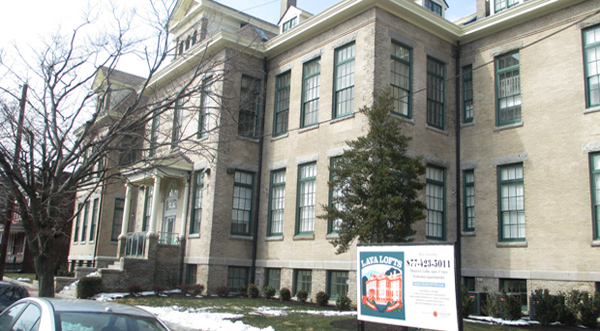 A Charlottesville-area real estate firm has staked an $8 million claim in Church Hill.

The deal closed on Feb. 21, nearly nine months after the Oulds cut ties with the New York market to relocate their business to Virginia, where they have lived for more than five years.

The two targeted the 50-unit Lava Lofts after looking at about 25 other Richmond properties, Susan Ould said. When the building first caught Susan Ould’s attention, however, it was not for sale.

“It’s a great product and of course I was absolutely not selling it, it was the furthest thing from my mind,” Fulton Hill Properties President Margaret Freund said.

That matter was settled when the Oulds paid $8.27 million cash for the property. The deal was done through a 1031 exchange, a process that allows sellers to postpone paying capital gains taxes by putting proceeds from the sale of one investment property into another similar holding. In this case, B.R.J. Enterprises used cash from the sale of New York real estate to buy the Lava Lofts.

The 42,000-square-foot, 110-year-old Lava Lofts building originally housed the Chimborazo School and was housing for the elderly when Fulton Hill bought it in 2006. Looking to renovate, Fulton Hill struggled to line up financing as the market fell off and ended up sitting on the property for five years before beginning construction in earnest late in 2011.

The first residents began moving in while the Lava Lofts were still under construction and the building got its final certificate of occupancy in May 2013. In October, the property landed a retail tenant when Urban Farmhouse signed on to put a cafe and market in the building’s ground floor commercial space.

Susan Ould said the arrival of Urban Farmhouse also piqued her interest in acquiring the Lava Lofts, and adding to the restaurant is a high priority for the building’s new owners.

“We’d like to put a patio in,” she said. “Because here comes the warm weather, so there would be a place for people to take their food outside or to have a glass of wine.”

Fulton Hill will continue to handle leasing and property management at the building. Ould said there are six vacancies.

B.R.J. Enterprises is looking into acquiring at least two more properties in Richmond, Ould said. It typically looks for multifamily buildings with between 25 and 50 units. Ould declined to name specific buildings, but said she has an eye on one near VCU and another in Shockoe Bottom.

The Oulds have already identified the Lava Lofts as their “flagship” within the market.

“I can only compare it to what I know but it feels something like Tribeca or SoHo, kind of before they happened, when they were on the edge of becoming a very popular area,” Susan Ould said. “I think Church Hill is going to be that.”

Its a solid investment on their part. Fulton Hill Properties takes a lot of pride in their work and does a beautiful job of restoring buildings. I met the Oulds at a Commercial Coffee several months ago and they seemed like savvy investors.