A longtime Richmond real estate agency has a new name – and a new prestigious affiliation.

Virginia Realty and Relocation became The Steele Group Sotheby’s International Realty on March 31 after buying into the Sotheby’s brand.

“The opportunity came and we realized it was a step up for us. We wanted to step up and keep growing,” said Bill Steele, owner of The Steele Group. “The advantage is unmatched with any other affiliation you can have in real estate.” 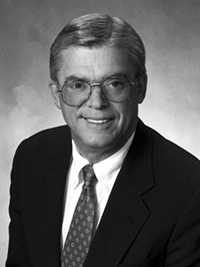 The Steele Group is Sotheby’s third affiliate in Virginia and will be the sole affiliate in Richmond, said Philip White, CEO of Sotheby’s International Realty.

“We’ve been building the company over the last 10 years. Richmond has been on our priority list for a good portion of that time,” White said.

White said they’ve met with several realty groups over the years but decided to focus in on finding a suitable match last year and approached The Steele Group, then still Virginia Realty and Relocation.

After a vetting process, Sotheby’s officially accepted The Steele Group as an affiliate.

For use of the Sotheby’s name, affiliates must pay Sotheby’s International Realty a one-time fee of $25,000 and a royalty of 6 percent from its deals, White said. They also get access to Sotheby’s advertising and marketing programs, including the publication of select listings in The New York Times, The Wall Street Journal and other national and international media giants. A 10-year agreement is standard, he said.

There are 700 Sotheby’s offices worldwide. Steele said they’ve received a couple of referrals already through the affiliation.

The Steele Group took on its new name to be more consistent with other affiliates and so it wouldn’t be too long with the addition of “Sotheby’s International Realty” to the tagline. Steele said he included his agents in the process and they overwhelmingly supported both the Sotheby’s affiliation and the new name.

The Steele Group recently landed the listing for Clear View, the 5 ½-acre River Road estate of Lora and Claiborne Robins now owned by the Virginia Historical Society. It’s up for sale at $4.25 million. 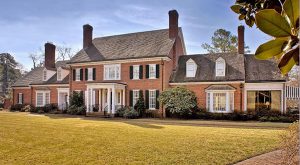 The Steele Group was founded in 1949 by William Proctor as Proctor Realty on Grove Avenue, said Andy Bennett, the company’s relocation director and office manager.

In the late 1970s, the company moved to its current location on Patterson Avenue. Bill Steele bought controlling interest in the company in 1988 and renamed it Virginia Realty and Relocation in 1999 to improve web traffic, she said.

In the first quarter of 2014, they made 72.5 sales (the half sale being a split commission with another agency) with a total volume of nearly $45.5 million. The average sales price for the first quarter was $627,540 which Steele attributed to a couple of large home sales.

The Steele Group has about 40 agents.

Sotheby’s International Realty has its sights set on other Virginia locales. White said they are currently looking in Charlottesville and the Northern Neck for new opportunities. Their other two Virginia affiliates are in Northern Virginia.