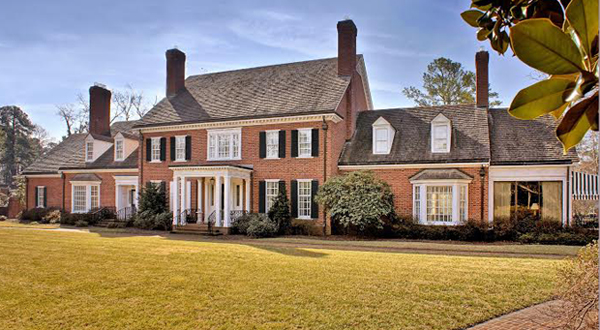 A philanthropic Richmond couple’s final gift to a local nonprofit was a prized piece of real estate. And now the 13,000-square foot home is on the market.

Clear View, the 5 ½-acre River Road estate of Lora and Claiborne Robins now owned by the Virginia Historical Society, is up for sale at $4.25 million.

The Robinses bequeathed their longtime home to VHS upon Lora’s death in 2010. All proceeds from the sale will benefit VHS.

Paul Levengood, president and CEO of the Virginia Historical Society (VHS), said the Robinses were longtime supporters of the historical society.

“They were proud of the work we do,” Levengood said.

The VHS has owned Clear View since 2011. The organization initially hosted receptions there while mulling over possibilities for future uses. The Robinses’ bequest included permission to sell the property, Levengood said. 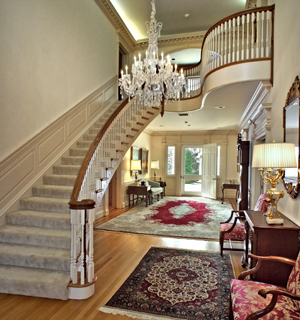 “It became clear to us that the best usage of this asset would be to let a new owner love it as the Robinses did,” Levengood said.

The couple built Clear View at 5901 River Road in 1981. The 13,028-square-foot colonial-style mansion has a litany of amenities, including six bedrooms, seven full bathrooms, four fireplaces, a three-car garage, unique woodworking, a pool and even its own elevator. It overlooks the Country Club of Virginia.

“Once you get beyond those brick walls, it’s like an oasis,” Levengood said.

“This is one of the Richmond area’s top private homes, in one of its most sought-after neighborhoods,” said Realtor Bo Steele, who is handling the listing. “It’s rare for such an established property to come on the market and we expect it will generate considerable interest.”

Showings will begin later this month.

VHS is in the midst of a $38 million capital campaign. More than $30 million has already been committed.

Goals of the campaign include renovations to the nonprofit’s 200,000-square-foot museum and library at 428 N. Boulevard. Plans call for an update to two of its entranceways, revamping its classroom space and renovating its galleries. VHS’ mission is to preserve and interpret Virginia’s history. 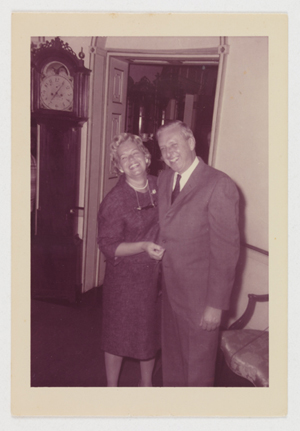 In addition to the VHS, the Robinses were benefactors to the University of Richmond and the Lewis Ginter Botanical Garden, among many other groups, Levengood noted.

Claiborne Robins and his family gave the school about $175 million in total, over his lifetime, according to UR. The Robins name graces the university’s business school, basketball arena and football stadium.

The Robinses amassed their fortune through their family business, A.H. Robins Company, a one-time pharmaceutical giant in Richmond known for Robitussin and ChapStick, according to VHS. It was sold and eventually became part of Wyeth.

The James River estate and mansion owned by developer Hank Wilton sold in March 21 for $3.45 million.

The property known as Windemere at 5501 Cary Street Road was put up for sale last May at $4.2 million. It is still on the market.