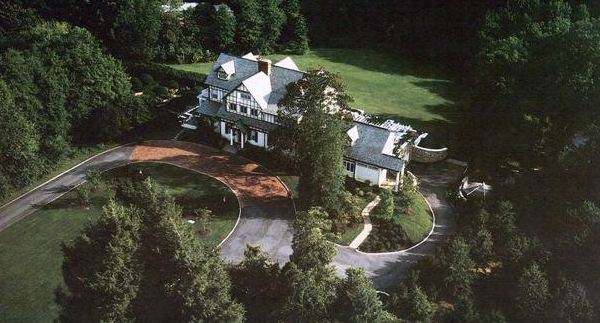 Windemere, a 10,000-plus-square-foot home, is for sale. (Photo courtesy of Select Properties of Virginia)

A West End mansion that for years was tied up in a legal battle is back on the market.

The property known as Windemere at 5501 Cary Street Road was put up for sale this month, coinciding with what local real estate agents call momentum in Richmond’s high-end residential real estate market.

The 10,000-plus-square-foot home is listed for $4.2 million. That price would eclipse the $3.76 million fetched last month by a riverfront mansion less than a mile away on South Wilton Road.

Windemere is owned by Betty G. Brown, who was once married to Larry Brown, head of local beer distribution giant Brown Distributing.

The three-acre property was tied up for years after the couple’s divorce, with a dispute over the property going all the way to the Virginia Supreme Court. It eventually ended up in the hands of Betty Brown, who is now ready to sell, said Lucy Williams, a real estate agent with Select Properties of Virginia who is representing the seller.

Windemere was built as a hunting lodge in the 1880s and converted into a three-story mansion in 1907, Williams said. It was known for having one of the first swimming pools in Richmond.

The Browns bought it in 1988, and the residence was eventually used temporarily as the home for Virginia governor Jim Gilmore while the governor’s mansion was being renovated.

The five-bedroom house has eight full bathrooms and went through extensive renovations over the years.

“It’s sound as it can be,” Williams said. “It’s truly an estate property.”

Interest in the property has come from people in the Richmond area, Williams said, but Select Properties also has the ability to market the home through Christie’s, which could attract outside prospects.

Williams has handled big properties over the years – she has a $5.6 million listing in Prince George currently on the market – but she said Windemere is memorable.

“They’re each different, and they’re each special,” she said. “It ranks right up in the top.”

This is truly a landmark, old Richmond property with a great location and colorful history! As a partner at Tranzon Fox Auctions, I was hired to conduct the court-ordered Sealed Bid sale which ended on January 28, 2008. After many showings, we ended up getting 3 bids- one from Paris, France and two from local Richmond families. At that time, it sold for $2,514,500 after many years of unsuccessful attempts to sell. Those buyers got tired of waiting through all the court battles between Betty and Larry Brown, so they assigned their purchase contract back to Betty. It will certainly… Read more »