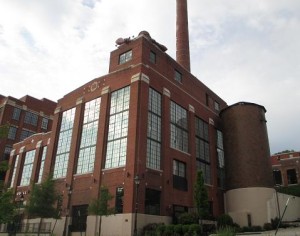 Ippon will move into the Lucky Strike building. It has temporarily worked out of New Richmond Ventures. (Photo by Michael Thompson)

A European tech company is leaping into the U.S. market and chose Richmond as one of its first landing pads.

Ippon Technologies is setting up shop in a 3,500-square-foot office in Shockoe Bottom. The space in the Power Plant at Lucky Strike at 2700 E. Cary St., along with a New York presence, represents the Paris-based company’s entrée into the U.S.

Ippon is a Java consulting company that helps companies develop projects for the Web. Java is a computer programming language used for websites, mobile applications and data analytics.

Many of Ippon’s France-based clients, such as Societe Generale, France’s second-largest bank, Orchestra Networks and Liferay, have branches in the U.S. Romain Lhéritier, managing director of Ippon’s U.S. operations, said the company hopes to continue those relationships in the states to jump-start the new venture.

“We’re using the French connection as a kind of beachhead,” Lhéritier said. “Business is not going to be problem. It’s about finding the right people.”

Lhéritier wouldn’t say how much the company is spending for its American expansion. Stephane Nomis and Jean-Christophe Damez Fontaine founded the business in 2002.

Depending on the project, the cost for Ippon’s services run from $500,000 to $1 million. In addition to serving its European clients in the U.S., Ippon is also eyeing American firms. 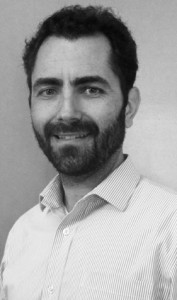 “I would love to do business with a company like of Bank of America,” Lhéritier said.

Until Ippon moves into the Power Plant at Lucky Strike in June, Lhéritier is operating out of the New Richmond Ventures space at 1801 E. Cary St. Bob Mooney, an NRV founder, let Lhéritier use the space after the two met at a College of William & Mary alumni event.

Mooney said when he heard that Ippon was trying to open an office in New York, he persuaded the company to take a closer look at Richmond.

“I met with the executives from France,” Mooney said. “They were very committed and excited about the Richmond business community.”

Lhéritier used the offices at NRV as a launch pad for Ippon’s U.S. presence and helped the businesses operating out of NRV with IT.

Lhéritier said he was introduced to Richmond in 2005 when he got an IT job with Genworth Financial. In 2011, Lhéritier received an MBA from William & Mary. He left Genworth in March to manage Ippon’s efforts in the U.S.

With one Java developer hired so far, Lhéritier is looking to employ about 14 more for Ippon’s Richmond office.