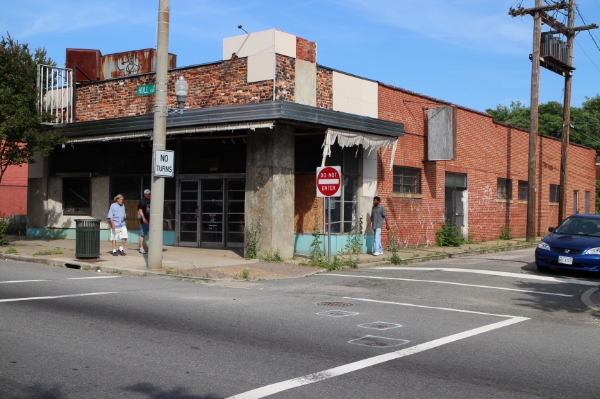 The old Lighthouse Diner building  on Hull Street in Manchester has sat vacant since the late ’60s. Photo by Michael Thompson.

Over the last year he’s built an almost religious following for his doughnut startup Sugar Shack.

Now, with two Sugar Shack locations open and at least one other in the works, Kelley is hungry for more and is trying his hand at restoring a rundown diner in Manchester.

Kelley bought the Lighthouse Diner property at 1228 Hull St. last week. He plans to first renovate part of the space as a warehouse and production kitchen for Sugar Shack’s catering and mobile operations. And then eventually re-open the rest of the property as the Historic Lighthouse Diner.

“I’ve looked at 40 spaces in the past month,” Kelley said. “This is one of those places I walked in and it just felt right.”

Kelley said the diner would be inspired by his visits to Asheville, N.C., with an emphasis on baked goods and breakfast items like large biscuits, waffles, pancakes, jams and preserves.

“I would love to have stuff there like scrapple but made locally by somebody,” Kelley said. “I don’t like having freezers.”

And Kelley said the diner would of course serve Sugar Shack doughnuts and coffee.

“It’s been a long time since I was in kitchens,” Kelley said of the future diner. “I get to do a real menu again instead of just doughnut flavors.”

Kelley compared his latest project to his efforts in Carver, where the first Sugar Shack was launched in March 2013 on a former used car lot at 1001 N. Lombardy St. With lines in Carver running out the door, Kelley followed up later that year with a downtown location. 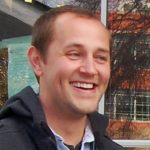 “Sugar Shack is my baby,” Kelley said. “But I care a lot more about the community revival type stuff.”

Kelley wouldn’t say how much he paid for the 4,000-square-foot property. City records have not yet updated with the sale. The previous owner was Lighthouse Diner LLC, city records show.

The property, built in 1920, was most recently assessed at $113,000, according to a city record. Kelley said the former Lighthouse Diner opened in 1941 before closing down in 1969.

“It’s been sitting vacant since 1969 with a couple of people coming in and having high hopes but nobody following through,” Kelley said in an email.

Kelley said he hopes that taking his time on renovations and getting input from Manchester residents will help the project along.

“I’m thinking the warehouse will take four to six months, then another six moths to get the production kitchen open and another year to get [the diner] up and running,” Kelley said.

Kelley said the acquisition is being fueled by the success of Sugar Shack, which is also branching out further. He has a doughnut truck in the works and hopes to open a Sugar Shack in Alexandria in December.

So, four to six plus six plus twelve. I am eagerly awaiting an amazing breakfast in the late spring or early summer of 2016. Patience young grasshopper, patience.

This relatively small real estate deal is BIG news for Manchester and the Hull Street corridor!!! Best of luck to Ian and Sugar Shack Donuts!

Congratulations to Ian on his continued success! Love his sense of community and his vision…looking forward to many meals at the Historic Lighthouse Diner!

I just had Sugar Shack for the first time today, & brought them into my coworkers. Amazing donuts, and Ian’s vision is to be commended. I wish him all the continued success in the world, & he has made a regular customer out of me, even having to come from Short Pump.

Building around a good high school and good university will always work. I hope he has continued success. I’m thinking maybe a move to the village to be close to U of R can also be seen in the future.

It’s always exciting to see a good business come to the rapidly revitalizing and underserved Manchester area. And those donuts? Never had a donut with bacon before (think bacon that has slipped into your maple syrup at breakfast). Sinfully good.

The Lighthouse had some movement back in the early 2000s when some investors were looking to buy it and get it going again, but that unfortunately didn’t happen. I thought Fountainhead had also gotten into. Where did the original metal lighthouse that adorned the top of the building go? Heard someone bought that as well…