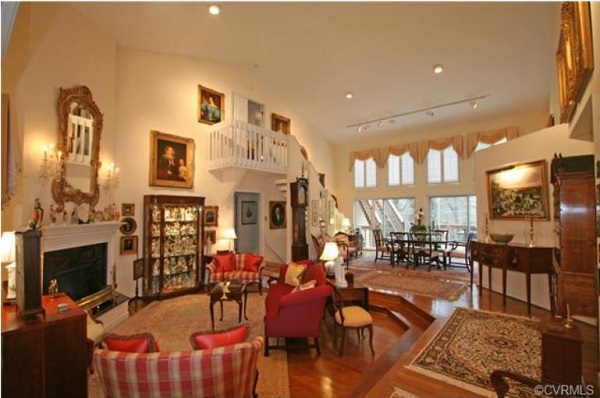 The 4,500-square-foot home is for sale for the second time in a month. Courtesy of CVRMLS.

Barely three weeks after it changed hands, the highest-priced house sold in the Richmond area last month is already back on the market – at a $130,000 markup.

William Massey III bought the home at 116 Tempsford Lane house for $995,000 on May 29, according to public records. It was the highest-priced sale in the Richmond residential market in May, according to the Central Virginia Regional Multiple Listing Service (CVRMLS).

On June 13, Massey listed the property for sale again, this time for $1.12 million. 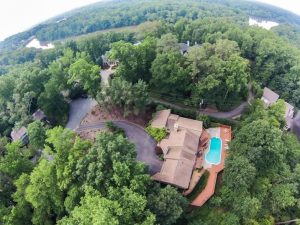 The house sits on 1.5 acres in the city of Richmond. Courtesy of Re/Max.

Philip Innes, the Re/Max Commonwealth agent handling the sale, would not comment. Massey also declined to comment on the listing.

The 4,500-square-foot, contemporary-style house was built in 1981 and has four bedrooms and three bathrooms, a renovated kitchen, a pool and a two-car garage, according to the listing. It is located on 1.5 acres in the Tempsford Hills subdivision, not far from Carytown.

It was most recently assessed at $961,000, according to city records.

This May was a down month in area home sales volume compared with May of 2013. According to CVRMLS, 1,167 home sales closed in Richmond and Henrico, Hanover and Chesterfield counties last month. Over May of last year, 1,318 sales closed. The figures include single-family houses, townhouses and condos.

None of May’s sales were above the million-dollar mark, but April had its fair share of big closings with seven $1 million-plus houses sold in the area.

Based on the interest from this article, I figured that people would like to see our marketing brochure. Here it is: http://user-xkpon3i.publ.com/116-Tempsford-Lane-Brochure#14