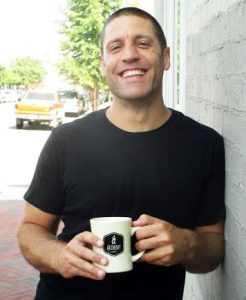 For his latest location, a mobile coffee entrepreneur plans on staying put for a while.

Eric Spivack plans to open Alchemy Coffee: The Lab this summer at 814 W. Broad St. inside the future home of the Virginia Commonwealth University arts department.

Spivack signed a three-year lease for an 800-square-foot section of the building.

Since 2012, Spivack has parked his tear-drop-shaped trailer around town, including on VCU’s campus and at the South of the James farmer’s market. One of his regulars at VCU is Joseph Seiple, the dean of the arts school, who pitched the idea of Alchemy setting up in the academic building.

“It’s been about a year that I’ve been looking,” Spivack said. “The idea for the trailer was always to use that as a test to evaluate the audience Richmond would be for specialty coffee.”

After Spivack, 35, opens his brick-and-mortar shop, he plans to continue operating his trailer at VCU. The Lab will have a station for pour-over coffee, a brewing process that’s said to make for a better cup of Joe. The Broad Street location will sell baked goods, sandwiches, soups and salads.

“A natural benefit of the shop is that people will come to us with catering needs,” Spivack said. 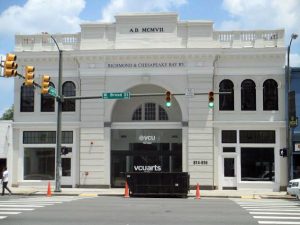 VCU purchased a former trolley station in February 2013 and renovated it for use as an arts building.

Spivack set up his trailer in the parking lot of the Crossroads property in the Fan during the transition and looked into moving there himself.

Spivack also competes with a slew of national coffee shop brands and gas stations. That’s not to mention the rise in popularity of single-serve coffee cups.

Between the trailer and the shop, Alchemy will have 12 to 15 employees.