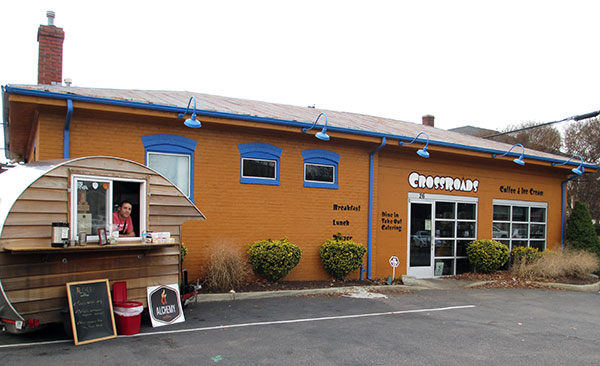 Alchemy Coffee is set up at the former Crossroads, which closed Dec. 16. (Photos by Michael Thompson)

A Fan coffee shop has closed, but one of its neighbors might soon step in to perk things up.

Signs posted Dec. 15 at the Crossroads Coffee and Ice Cream at 26 N. Morris St. announced that Dec. 16 would be the shop’s last day in business. The signs said locally based Lamplighter Roasting Co. bought the business and would reopen the shop in February. 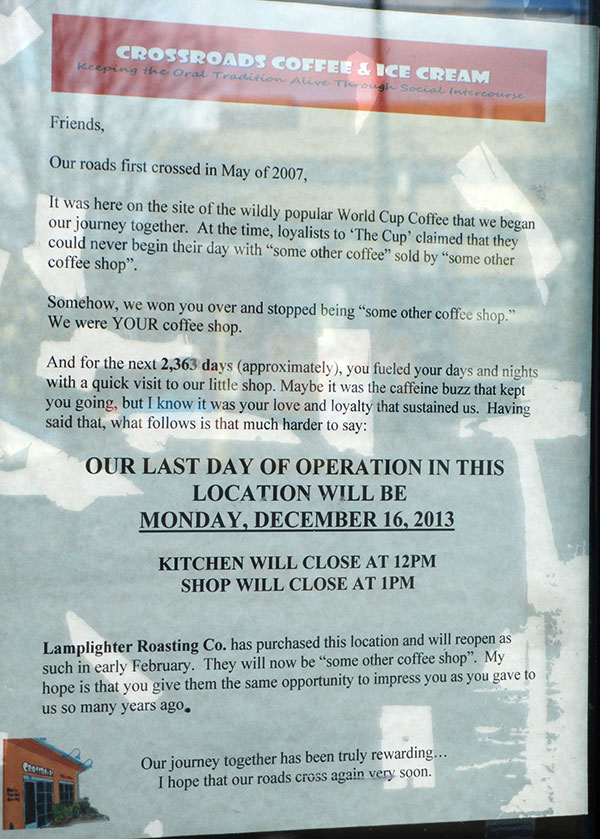 Crossroads owner Will Herring put the business up for sale over the summer. Herring would not comment on the deal with Lamplighter, which has yet to close.

The Crossroads location would be Lamplighter’s third since it launched in 2009 at 116 S. Addison St. It added a second location last year in Scott’s Addition. Lamplighter owner Noelle Archibald could not be reached for comment on the Crossroads deal.

Seizing the moment, Alchemy Coffee owner Eric Spivack set up his coffee cart in the Crossroads parking lot the day after the shop closed. He said Lamplighter is letting him do business there for “the foreseeable future.” Spivak is selling Lamplighter’s drip coffee but has other brews for sale as well.

The Richmond coffee trade has been abuzz in recent months, particularly downtown. Sefton Coffee Co. opened downtown in October, Monument City Coffee & Records is slated to open in January on East Grace Street and Sugar Shack Coffee is heading downtown with plans to open next year.