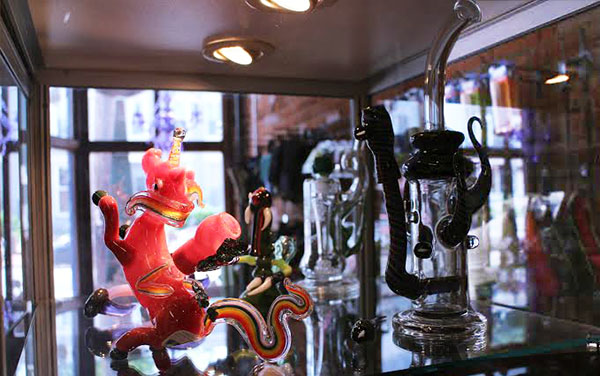 While electronic cigarettes have the tobacco industry buzzing, one local business is banking on more traditional smoking habits.

Kulture, a Richmond-based retailer that sells glass pipes, vaporizers, hookahs and other smoking accessories, opened its newest location this month in the Fan. It’s the chain’s fifth store since starting in Shockoe Bottom in 1999. 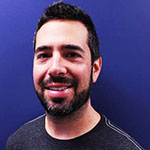 “You walk in, and it doesn’t seem like a dirty head shop,” Matthews said. “I want this to be a shop your grandma would come to.”

Matthews started Kulture 15 years ago at 2½ N. 18th St. in Shockoe Bottom. The South Florida native has been in sales since he was 15. He moved to Richmond in 1994, and worked for a local advertising company before starting in bars and restaurants. When a friend opened a smoking accessories shop in Florida, that inspired Matthews to start his own operation.

Matthews has since expanded Kulture with a shop near Innsbrook, a location in Charlottesville near University of Virginia and one on Hull Street in Midlothian.

He said the smoke shop market has come a long way since the ‘90s.

Kulture originally catered to what Matthews described as a now defunct Shockoe Bottom club scene. He was selling pipes, clothes, records, and hosting parties. When that crowd began to dwindle, Matthews said he shifted his business more toward glass pipes.

“As the whole culture of smoking, art and music evolved, we kind of evolved, too,” Matthews said. “We decided to focus on what did best for us.” 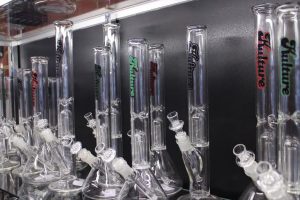 Kulture sells its own line of smoking accessories.

By 2001, Kulture began selling glass pipes that cost $500, and today glassware at Kulture can cost as much as $4,000. Matthews began selling electronic cigarettes less than two years ago but said he plans to keep the focus on glassware.

Matthews would not specify how much revenue his business brings in.

“When it’s good, it’s good; and when it’s bad, it’s bad,” Matthews said. “I just ride the wave of being a business owner.”

After starting out with two employees, Matthews today has 20 spread across his shops. The store began online sales four years ago and has also begun selling its own brand of water pipes and accessories.

“The industry is out of control now,” Matthews said, mentioning at least six other similar shops within city limits.

Kulture’s growth coincides with movements across the county to decriminalize or legalize marijuana. It’s a trend that Matthews is watching.

“Would it help? Potentially,” Matthews said of marijuana legalization “Competition would be way more, but we’ve been around for so long.”

Matthews said he’d eventually like to franchise the Kulture brand. Opening the West End store gave him a repeatable design, which includes quality flooring and a specific color scheme.

“It gave us the model for the future of Kulture,” Matthews said.

For now, the goal is to establish Kulture’s retail presence in the Fan. Matthews and his staff have been looking to leave the Bottom and were glad to find the new space.

“They clean the streets every Wednesday up here,” Jimmy Conway, Kulture’s general manager, said of the Fan. “They don’t do that in the Bottom.”

Matthews bought Kulture’s Shockoe Bottom building in 2003, but today he is limiting retail operations there and looking to sell the 2,250-square-foot property.

“It’s been a complete downward spiral since 2002,” Matthews said of the Bottom. “For the future of my business, I needed to move somewhere else.”