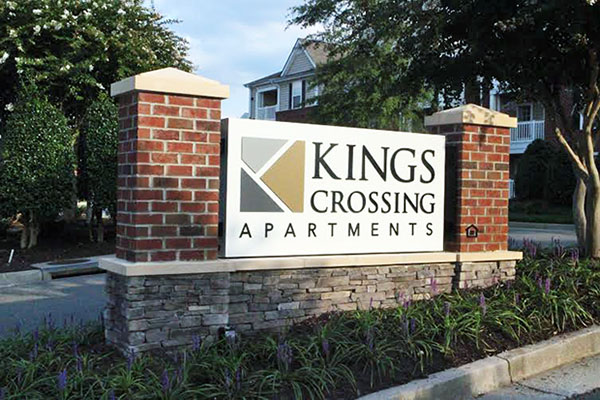 The Kings Crossing apartment complex in Henrico County will be completed with an additional 30 units. Photos by Burl Rolett.

A local landlord is putting the finishing touch on a nearly 700-unit West End apartment complex.

Weinstein Properties is looking to add 30 new apartments to its Kings Crossing community near Patterson Avenue and Gaskins Road. It will be the final building at Kings Crossing, a 668-unit apartment complex that broke ground more than 40 years ago.

The final phase will be built at the corner of Otlyn and Castile roads on a 1.83-acre slice Weinstein has owned since the 1970s, pending rezoning approval from Henrico County.

“We feel like the timing is good now to put some additional apartments on there,” said Ivan Jecklin, co-president of Weinstein Properties. “It’s zoned for office use now, but there’s just no market for office space in that area.” 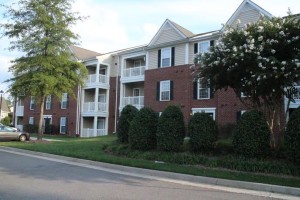 The new building will most resemble the Addison at Kings Crossing. Richmond-based Winks Snowa is the project’s architect. Weinstein has yet to bring on a general contractor for the final piece.

Weinstein plans to begin construction early next year in hopes of opening the building sometime in 2015. Jecklin declined to say what the project would cost.

The apartments will rent at the high-end of market rates, Jecklin said, but he did not specify a target rental price. Apartments at Kings Crossing’s other sections are running between $1,069 and $1,219 per month for one-bedrooms. Two-bedrooms range from $1,149 to $1,379, according to the property’s website.

“It’s going to be a high-end apartment community, similar to Addison at Kings Crossing but a little more upgraded on the exterior of the building,” he said. “And on the interior, the building will have granite countertops and other upgraded finishes.”

Weinstein’s other properties include the Addison at Wyndham, Abbington and Springfield apartment communities in the West End. The company also owns the Abbington Hills, Aden Park & Glenway Green, Ashton Square and 2000 Riverside apartments on the Southside.