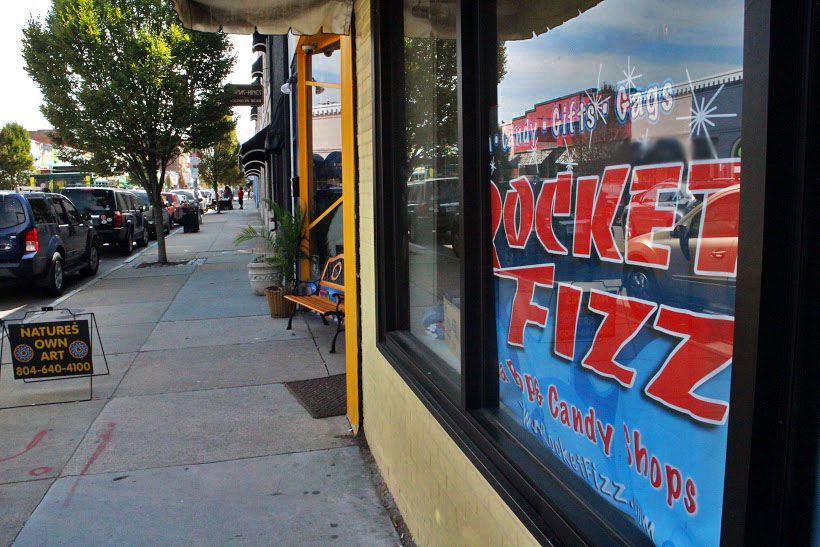 A Rocket Fizz candy and soda shop will open in Carytown in October. Photo by Michael Thompson.

Rocket Fizz, a candy and soda store franchise, will open next month at 3031 W. Cary St. Local owner Patrick Evans has a five-year lease on the 2,300-square-foot space.

Rocket Fizz will have 2,000 kinds of candy inspired by the sweets that were sold as far back as 1910. Rocket Fizz will also sell 500 different flavors of glass-bottled soda.

Evans said the “nostalgic candy” draws people to the store.

“It reminds people of yesteryears,” he said. “It’s something everyone can afford.”

Evans is a former accountant who lives in Denver and has family in the Richmond area. TheCarytown spot will be his fifth Rocket Fizz store. He opened his first in Denver in 2011 and has since added another store there, as well as locations in Salt Lake City and Steamboat Springs, Colo. 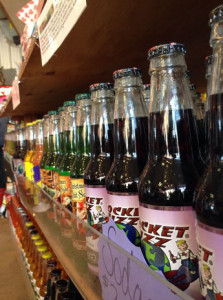 Some of Rocket Fizz’s other wacky soda flavors include peanut butter and jelly, pumpkin pie and coffee. Courtesy of Patrick Evans.

“I wanted to do something that appeals to the masses,” Evans said. “It was a way to integrate my kids into my professional world.”

Evans said his two children are his go-to product testers, and the best-selling item in his stores is the bacon-flavored soda. Rocket Fizz manufactures and bottles its sodas in California. Other flavors include Buffalo wing, sweet corn, and ranch dressing.

Evans wouldn’t say how much it costs to open a Rocket Fizz but did say he is using revenue from his other stores to finance the entry into the Richmond market. The total start-up cost for a Rocket Fizz franchise is estimated to be between $115,400 and $234,220, according the company’s website.

Ryan Morgan and Robert Powells launched the concept in 2009 with a store in southern California. There are now 55 open stores and five more in the works.

The Carytown location will be the first in Virginia. The space was formerly home to Ciao, a women’s retail and consignment shop that vacated the storefront in March and moved a few blocks west.

Evans hinted that Rocket Fizz shops may pop up around the state.

“I’ve only been doing these less than three years,” he said. “But there will definitely be more in Virginia.”

Too bad he can’t make an egg cream. That requires real seltzer “Fizz.”