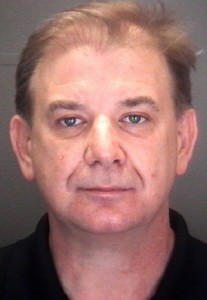 The former landlord and developer was sentenced yesterday to 20 years in federal prison for a multimillion-dollar historic tax credit fraud. He also orchestrated what prosecutors have called a “breathtaking campaign” to spend and hoard cash that otherwise could have been used to cover restitution for the scheme.

Jefferson, 52, arrived at Tuesday’s hearing in a navy blue prison jumpsuit. He read a brief, handwritten statement before sentencing, struggling through tears as he apologized to his friends, employees and three children.

“My actions will cost me everything,” he said. “It is unlikely when I am released at my age that I will be employed. My future after my incarceration is bleak.”

Jefferson has requested to serve his sentence at a federal prison in Jesup, Ga., near his new wife, whom he married while imprisoned this spring. She lives in St. Simons Island, Ga. Gibney said he would recommend a prison facility nearby, and mentioned Savannah as another possible location.

The sentence puts an end to a 17-month legal saga that began with Jefferson’s 2013 arrest on state charges and included high-rolling Las Vegas gambling trips, an alleged cash-stuffed PVC pipe, an aborted charter flight to England under a fake identity and a jailhouse marriage.

The former Richmond landlord pleaded guilty in December to major fraud against the United States and engaging in unlawful monetary transaction in relation to a historic tax credit scam he carried out on a slew of apartment rehab projects. He remained free on bond at the time.

Then earlier this year, Jefferson was sent back to jail and pleaded guilty to another pair of charges – one each of unlawful transfer of a false identification document and aggravated identity theft – related to a plot to flee the country under his brother’s identity before the December guilty plea.

Jefferson’s initial arrest was tied to his partnership with Justin French to rehab the Tobacco Factory at 700 Stockton St. using tax credits. Photo by Michael Schwartz.

Jefferson’s initial real estate scheme included falsifying tax credit documents for the Tobacco Factory building in Manchester and several properties in the Fan and Carytown. It was similar to the scheme for which former Richmond developer Justin French is serving a 16-year prison sentence. The two partnered on several real estate projects in the area.

Jefferson inflated the cost of renovating historic structures around Richmond, reaping millions of dollars in illegitimate state and federal tax credits that he then essentially sold to third-party investors.

For that fraud, prosecutors and defense attorneys have agreed Jefferson owes about $9.6 million in restitution. He obtained a total of nearly $13 million in fraudulent tax credits, according to court documents, but about $3.3 million of those credits have since been disallowed by the IRS for reasons unrelated to Jefferson’s crimes.

Jefferson has paid down about $1.7 million in restitution and is expected to make up another $6.9 million by selling his Richmond-area real estate holdings, according to court filings. His Monument Avenue mansion is also up for sale, and his defense said Jefferson is close to selling a car, the proceeds from which will head to the restitution fund.

The two identity theft charges stem from Jefferson’s use of false identification documents to book a one-way, $75,000 charter flight to Cranfield, England ahead of his December guilty plea. He used ID cards with his brother’s personal information but his own photograph.

Jefferson canceled that flight the day it was scheduled to take off, after a representative from the jet company allegedly told him customs agents would need to board the plane and check his passport before he could get off the plane in England. 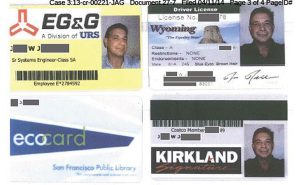 Jefferson used his brother’s identity to book a flight to England just before he was set to enter a guilty plea on tax fraud-related charges.

Jefferson’s plan to flee the country did not weigh heavily into Gibney’s sentencing decision, the judge said on Tuesday, reasoning that most white-collar criminals with the means to skip town instead of pleading guilty probably consider the idea.

Gibney was more upset with Jefferson’s spending of millions of dollars that could have been used for restitution. The judge brought up the developer’s Las Vegas escapades, in which Jefferson spent and gambled away millions of dollars in about 30 days, comparing the trips to maxing out credit cards right before filing for bankruptcy.

Jefferson also made hundreds of thousands of dollars in payments to his ex-wife, money his defense said was to get ahead on child support and provide for his children ahead of his prison term.

While Gibney called that the “least reprehensible” of Jefferson’s presentence spending, he also said Jefferson should not have been dropping any such large sums of money at his own discretion knowing that he would have a substantial restitution tab to pay down.

Gibney also referenced a series of transfers of $24,500 and $25,000 that Jefferson made after his December guilty plea, when he agreed to report any transactions in excess of $25,000 to the IRS. Gibney said he set such a high limit because he knew Jefferson may have needed to move money to care for his real estate business that includes hundreds of apartments.

“I tried to put him on a leash when he was here in December for his first plea hearing,” Gibney said. “He took that leash – that leeway I gave him – and he just abused it.”

Jefferson faced a maximum of 37 years in prison going into hearing. Prosecutors asked for a 30-year sentence and Jefferson’s defense team argued for 12 years.

Jefferson may appeal Gibney’s ruling and has 14 days to give the court notice should he decide to do so.

Gibney said Gill’s 30-year request was steep, but that there needed to be a message sent that fraud against the public would not be tolerated and would be punished severely.

Gibney did, however, credit Jefferson for making more than $1 million in charitable donations, serving on multiple boards and rehabbing a host of properties he owns in Richmond.

He also commended the historic tax credit program as a whole, a development incentive Gibney said helped turn places that most people “wouldn’t have walked in the daytime” into arts and residential districts.

Gibney said it was a shame that cases like French and Jefferson’s have hurt the program’s reputation.

“It damages the credibility of anyone who wants to do this kind of thing in the future,” Gibney said. “It’s more than just money that our society lost through this case.”

Hope nobody on the inside gives him a small chisel and posters of famous female starlets. Having this guy as a landlord for almost 2 years, I always wondered if the money went to drugs or gambling cuz the state of his properties were deplorable and unfitting of the fantastic areas they are located. Been following this story since last year, I can’t tell if he’s a genius or a complete nimrod with enormous you-know-whats.

As they say in Washington, it’s what’s legal is the real crime. Historic tax credits are a fraud in themselves and should be retired. Most anything worth preserving has been. Now the money goes to 20th century eyesore warehouses that should be demolished for something better. We’re making developers rich with no public benefit.

Keith, that’s not the case at all. There are still many buildings in Richmond and elsewhere that are being restored and returned to the tax rolls successfully. The historic tax program has been a huge success in many Virginia cities, providing housing for a diverse new generation of urban residents. In turn, this reduces the pressure for suburban sprawl, and may eventually bring back office development downtown. This is one of the few win-wins in our political arena that has lived up to its promise. Let’s not be jaded by a couple of bad apples that took advantage of the… Read more »

I agree with Bruce.

Let’s not forget the bad apples who have tainted this program- Salomonsky, French, and Billy Jefferson. We need to stay vigilant.

“My actions will cost me everything,” he said. “It is unlikely when I am released at my age that I will be employed. My future after my incarceration is bleak.”

As it should be, Mr. Jefferson.

Goodbye Mr. Jefferson. I don’t think anyone will be missing you.