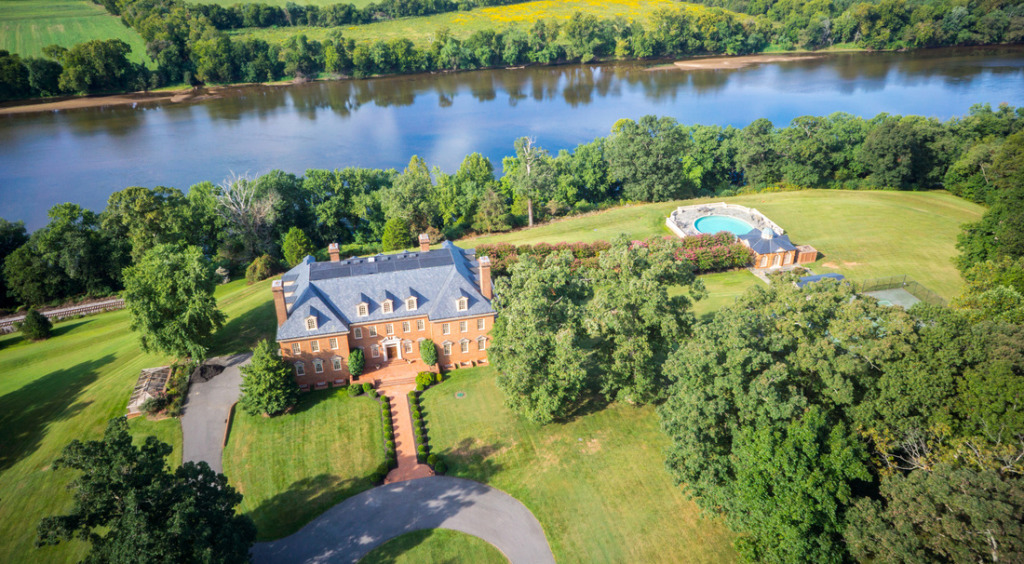 It’s the palace that coal built.

River Run Manor, a 60-acre Goochland estate built for a member of one Richmond’s most well-known families, was put up for sale last week with a price tag of $7.9 million.

The property is being sold by the estate of William B. Massey, a longtime Richmond coal executive whose grandfather founded A.T. Massey Coal Co., more recently known as Massey Energy.

Massey, who died in March, built the home at 2421 River Road West with his late wife Edith Starke Massey.

With a main house of about 16,000 square feet, River Run Manor stands as one of the largest residential properties in the Richmond market. And if it sells anywhere near its listing price, it would easily be the highest-priced residential sale in the Richmond area recently.

“There are few, if any, houses that match the scale of this house in our market,” said Richard Bower, an agent with Joyner Fine Properties who is representing the Massey estate in the listing. “This is a really unique place.” 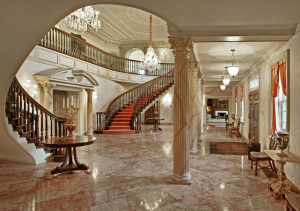 There are marble floors and molding and gold features throughout the home.

The mansion has eight bedrooms, 9.5 bathrooms and a ballroom that can seat 150. Outside the main house are a pool, pool house, and a tennis court with a covered viewing area. Its 60 acres overlooks the James River and has a panoramic view of Powhatan, Bower said.

The estate took more than half a decade to complete, with construction beginning in 1981 and ultimately completed in 1987. Bower said he hired an architectural historian to assure the home’s many features were properly documented.

“Mr. and Mrs Massey got it right,” he said. “I’ve not been in any house in the Richmond area that has the kind of details this house has.”

The property officially hit the market on Oct. 10 and Bower said he’s already had two showings to local potential buyers and seen interest from out of town as well.

“That was a really good way to jumpstart the marketing,” he said.

Bower, who landed the River Run Manor listing after the owners interviewed several local agents and real estate firms, has been a hot streak for big listings this year.

He sold The Monacan Farm in Powhatan County in March for $3.04 million. And last month he represented the buyer in the $3.62 million purchase of Clear View, another River Road estate once owned by a prominent Richmond family.

He said the Massey property is the largest listing he’s handled in terms of price and size in his decades-long career in real estate.

The closest the local market has seen to River Run’s price in the last few years was Farvue, a River Road estate built by the Wilton family that sold earlier this year $3.45 million. There are other properties in the area currently listed for sale at $4 million or more.

Bower could think of very few homes in the local market that compare in size to the property. Dover Hall, a Tudor-style mansion known as the “castle in Goochland,” stands at 33,000 square feet in Manakin-Sabot.

River Run Manor’s price and size will obviously narrow down the potential buying pool, and Bowers said he expects the property will get plenty of attention from around Richmond and beyond.

“I think it’s a niche listing,” he said. “We want to show it to buyers who feel committed and have the ability to buy a place of this size and scale.

“This is a property that can bring buyers from out-of-state markets or international buyers as well,” he said.

See the rest of the photos from River Run Manor here.

The house is, indeed, designed and detailed better than the vast majority of new houses here or anywhere else. However, it does not exhibit the integrity found in Richmond’s finest older homes.

Bower’s remarks (besides being obviously self-serving) remind us that real-estate agents are not good judges of architecture.