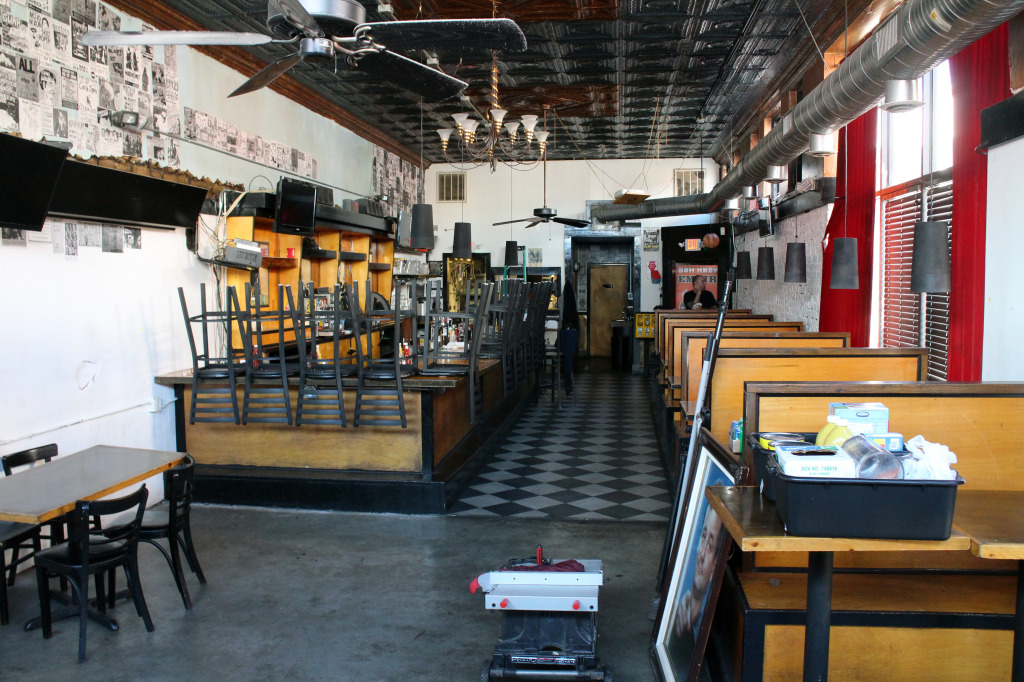 A downtown restaurant and bar has closed up shop. Photos by Michael Thompson.

An Empire has fallen near VCU.

Empire Dining and Lounge, which had operated at 727 W. Broad St. for nearly a decade, shut down on Oct. 7, owner Thor LeVesque said.

LeVesque said he bought the two-story restaurant and music venue last year from Jason Edwards and Chris Brand. The business had been open for nine years. LeVesque said he couldn’t attract enough VCU students away from nearby chains.

“The competition is overwhelmingly corporate,” LeVesque said. “If you don’t appeal to the young students that walk through that area, you won’t stay open.”

Empire is across the street from a Chipotle and a Panera Bread, and just a block away from Five Guys Burgers and Fries and Jersey Mike’s Subs locations.

It also has locally based competition around it. Nile Ethiopian used to be next door to Empire at 309 N. Laurel St. but recently moved to Carytown. A new burger startup is moving into the Nile space.

Empire’s second-story music hall hasn’t been used in about 16 years, but LeVesque said in its heyday it booked acts including Alice Cooper and Bruce Springsteen.

“The rock and roll culture that has been born and bred in that building – a lot of those people have grown old and moved away or don’t go out as much anymore,” LeVesque said. “It was the first place I saw live bands play in Richmond. It was a place I frequented in the late ‘80s.”

LeVesque, 47, said he originally closed with the intention of reopening, but a financial partner walked away and the project fell through.

“It’s just me cleaning up,” LeVesque said. “I’m still entertaining offers to have someone buy the place.”

How is this a music venue if it hasn’t had music in 16 years? Is this the old Metro? If so, there were holes in the floor upstairs that you could see into the downstairs. I don’t recall anyone going there for the food. Ever?

Blaming the failure of this business on corporate chains is ridiculous! I remember seeing some great shows at this venue many years ago. Times were different then when most venues catering to “original” live music were typically dives and this place was no different. The problem is the world changed and this place did nothing substantial to cater to an evolving clientele. My wife and I stopped in over the summer. It was the first time I had set foot in the place in 16 years. Perhaps these are some of the contributing factors to the demise of the Empire:… Read more »

Don’t blame Panera Bread on the demise of this “business”. It seemed to be operated as more of a vanity project or a clubhouse for friends and family. The old Metro/Rockitz was a fabulous, dingy hole that hosted an amazing array of bands in its day. But you sure as hell didn’t eat at the same dive where you swilled PBR while bobbing your head to Black Flag and Megadeth. If you’re going to operate a music space here, then book some bands and get on with it. A tough prospect, granted, in a town with sundry (and excellent) spaces… Read more »