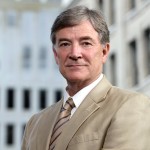 Vicki O. Tucker, a counsel with Hunton & Williams, has been honored with the Section Chair’s Award in recognition of her outstanding service to the American Bar Association (ABA) Business Law Section.

Michael W. Smith, a partner at Christian & Barton, has been elected president-elect of the American College of Trial Lawyers.

LeClairRyan raised over $1,500 in cash and supplies during its annual “Back to School Supply Drive” raising over $1,500 for FRIENDS Association for Children in Richmond. Additionally, 23 back-to-school kits filled with supplies were provided to children for their first day of school.

The American Lawyer’s 2014 Global Legal Awards recognized last year’s purchase of Smithfield Foods by Shuanghui International Holdings – the largest ever purchase of a U.S. company by a Chinese firm – among the most distinguished cross-border transactions of 2013. McGuireWoods played a substantial role in the deal.

Kitchen Thyme has opened a third kitchen within a facility at 7801 W. Broad St., Suite 25. This new kitchen space is located in the professional kitchen and equipped with a commercial six-burner range and a gas oven as well as a convection oven and prep table space.

HCA has made a $1 million cash donation to the CDC Foundation to help support the international Ebola epidemic response efforts involving the U.S. Centers for Disease Control and Prevention and their work with partners on the ground in West Africa.

Chippenham Hospital has been awarded a three-year term of accreditation in computed tomography (CT), Nuclear Medicine and Ultrasound as the result of a recent review by the American College of Radiology (ACR).

Johnston-Willis Hospital opened an Occupational Health Clinic, which offers medical services for central Virginia employees who have suffered an illness or injury on the job and employers who are seeking to improve the overall health of their organizations. 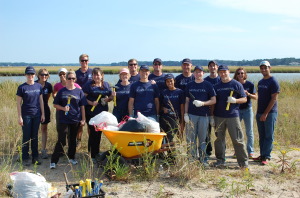 Signature, a family wealth advisory firm, celebrated its 20th anniversary with a day of volunteering at the Chesapeake Bay Foundation’s new Brock Environmental Center on Oct. 10.

Gov. Terry McAuliffe has made the following appointments to Science Museum of Virginia’s Foundation and board: Eucharia “Ukay” Jackson, Linda Nash and James T. Roberts to the museum’s board of trustees; Hank C. Coleman Jr. and John H. Wick IV to the foundation board.

Pure Barre was the third-place winner in the Pure Give Challenge that ended in September. Over $15,000 was raised between Pure Barre studios across the country for FETCH a Cure.

Chesterfield County Parks and Recreation Department has received $125,000 from the National Park Service to fund the building of elevated and floating boardwalks for access to the Relic River Marsh area on the James River. These boardwalks will give visitors at Dutch Gap Conservation area and Henricus Historical Park more access to the Chesapeake Bay watershed. 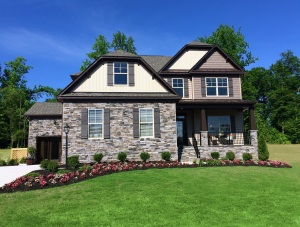