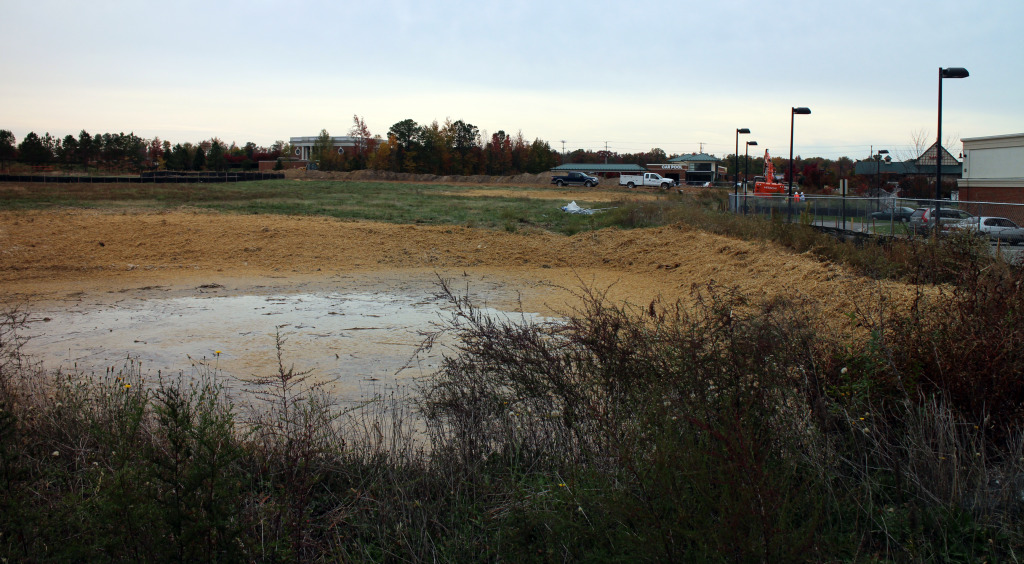 With its first big tenant in its pocket, a planned Short Pump medical office development is moving dirt.

The project is being developed by Stanley Shield and will eventually encompass more than 200,000 square feet of office space on 12 acres. The developer has broken ground on the first building and is targeting a move-in date by the end of 2015.

Stanley Shield shopped the first building around to several smaller tenants before VCU took interest more than a year ago, said Jimmy Stanley, managing member of the development firm.

“Our original intent was to have a multi-tenant medical office facility there,” Stanley said. “Then we ended up having some long discussions with VCU, and it ended up working out as a single-tenant building.”

The building will be five stories in the middle of Towne Center West, the shopping area just west of Short Pump Town Center mall that also hosts BJ’s Restaurant & Brewhouse, Plaza Azteca and a Hilton hotel.

Stanley speculated that easy access to restaurants and retail shops was a major draw for VCU. He said medical development is trending toward mixed-use centers that doctors and patients frequent and away from the traditional practice of putting medical offices inside or next to hospitals.

“I think the most valuable component is the convenience to people once they get to the building,” he said. “Once they get there, doctors and staff within the building can walk to the retail and restaurant establishments nearby.”

In a written statement Tuesday, VCU Health System said the building would be a “multispecialty physician practice,” but did not provide a more specific use. Stanley said the health system was signed on for a long-term lease but could not disclose specifics of the agreement.

The developer bought the land for the first building in June from the Breeden Co., the Virginia Beach-based real estate firm that developed Towne Center West. It paid $2 million for the four-acre plot.

Hourigan Construction is the first building’s general contractor, Ratio Studio is the architect, Willmark Engineering is the site’s civil engineer and Union First Market Bank is financing the project. Price Studios is handling the design of the building’s interior on VCU’s behalf.

For the next two phases, the development firm expects to close soon on a pair of deals for a five-acre plot behind VCU’s building and a two-acre plot stretching toward Broad Street.

Stanley said earlier this year that the total three-building project would cost about $48 million. He did not provide an updated figure this week.

The second and third buildings could house either medical or general office uses, but Stanley said there has been much more interest in the medical side recently.

There is not yet a firm timeline for when either of the next two pieces of the medical park will come together.

“It completely depends on the timeline associated with getting other tenants in those other buildings,” Stanley said. “It took almost a year to finalize everything with VCU.”