HHHunt is planning more than 270 apartments for a busy Chesterfield County development. Rendering courtesy of HHHunt.

A local home builder is digging further into the apartment market.

HHHunt will begin construction in February on a 271-unit apartment project on 26 acres within the massive CenterPointe development in Chesterfield County.

HHHunt will spend about $30 million on the complex, named Abberly at CenterPointe. It’s one of three apartment communities the company has planned over the next three months, said President Dan Schmitt. The other two are in Stafford, Va., and Maryland.

“We’re aggressively moving to build more apartments,” Schmitt said. “We’re seeing a lot of people choose renting as a lifestyle. People used to rent for a few years until they could afford a house. Today we’re seeing a lot of consumers get in on luxury apartments like ours and stay for 10, 15 or 20 years.”

The Abberly at CenterPointe apartments will have one to three bedrooms, with amenities that include a swimming pool and fitness center. The buildings will be three and four stories high, each with elevators. 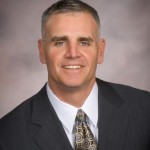 Schmitt said rental rates for the apartments, which will be between 750 and 1,450 square feet, have not yet been set.

Despite its reputation of building houses, HHHunt’s apartment division owns about 8,000 units within 16 communities. The company has also been active in building senior living facilities.

Its CenterPointe project will be adjacent to one of HHHunt’s other large developments in the Charter Colony community. The apartment project site wraps around the Brandermill Woods Healthcare Center, with its entrance on Brandermill Parkway.

HHHunt has not yet closed on the purchase of the 26 acres at CenterPointe.

Schmitt expects the homes to open and be ready for move-in by March of 2016. He said the company is pursuing FHA financing for the project.

HHHunt will have some competition for new apartments within CenterPointe, which is a 725-acre, mixed-use development spearheaded by Bill Goodwin’s Riverstone Group. Norfolk-based Robinson Development Group is building 255 apartments near Bon Secours St. Francis Medical Center.

And elsewhere in CenterPointe, a 35,000-square-foot, $13 million assisted living facility is in the works.

There’s a sudden surge of suburban product coming to the market including thes two developments at Centerpointe ans the clearing of ground for the 300 units at Broadhill Centre on West Broad Street. There’s room in the market for plenty more A Class product. There will be many new announcements forthcoming downtown.

The rental trend is concerning. Do folks not realize they are still paying a mortgage? Just someone else’s mortgage ;payment. The housing crisis left many bruised an battered, I hope a rental situation would be a short term solution for folks to repair credit by paying down debt and get them back into a more sustainable long term solution of investing in their community…growing roots! I fear the opposite. Short sited gain for the latest, greatest and shiniest! Who needs long term growth and investments?

Studies have shown that those under 30 would like to buy and own rather than rent. The fact of the matter is that we have an entire generation which is locked into long term student debt which not only affects their credit but also their ability to save enough money for a down payment. Its having a direct affect on new home sales, a primary driver of the US economy. The impending student debt crisis is going to have be resolved at some point. In the meantime the development of Class A apartments in the suburbs has been stalled by… Read more »

Thanks for making that point Bruce. It really makes a lot of sense when you think about it. I’m loving the growth and development in RVA (especially the city proper) and some of the national recognition we are getting. We are definitely on our way to becoming a world class city.

I applauded HH Hunts investment in Richmond and I’m sure it will be good for their bottom line and yadda yadda yadda -but would it kill them to invest in some real architecture for a project costing 30 million dollars? Aesthetically these buildings have all the personality of a day-old bowel of mayonnaise.

“We’re seeing a lot of people choose renting as a lifestyle.” And who can blame them, when owning a house is like burning every cent you ever made. Colossal maintenance & improvement costs, dealing with dishonest contractors and services, skyrocketing taxes, etc etc etc. Then your house loses half its value and you don’t qualify for a mortgage bailout. What a mess.