The Office of the Attorney General Mark Herring appointed Fayad Law, P.C. to serve a two-year term as Special Counsel to the Commonwealth of Virginia for immigration cases.

The Rotary Club of Chester presented a $10,000 check to the Chester Family YMCA to support scholarships and youth outreach initiatives in the Chester community.

The Hull Foundation contributed $20,000 to UnBoundRVA, an organization that provides high-potential individuals from low-income communities with the tools they need to start a business.

The Richmond Symphony was selected by the League of American Orchestras and New Music USA as one of 12 organizations nationally to participate in the Music Alive: New Partnerships initiative. 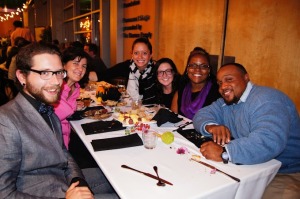 On Nov. 7 Tricycle Gardens hosted its sixth annual harvest celebration and awarded the 2014 Golden Trowel Awards, which are bestowed upon community members and organizations that are focused on community needs, outreach and education, opportunities for healthy food access, and design of beautiful spaces.