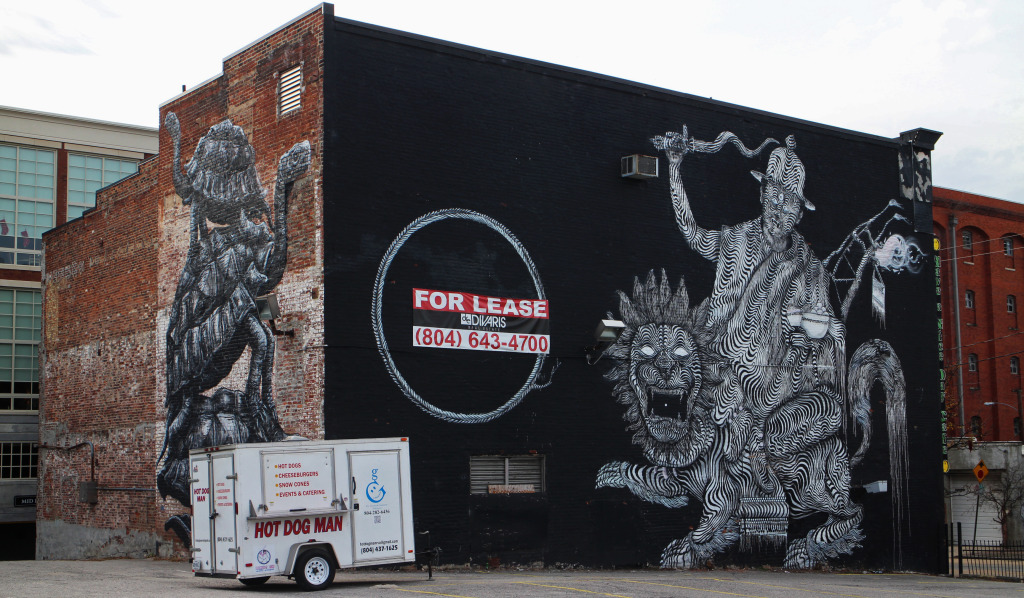 Developers are planning a revamp of the Have a Nice Day Cafe building. Photos by Michael Thompson.

A trio of Shockoe Bottom developers is looking to a notorious night club for their latest downtown project.

Yogi Singh, Stewart Garland and Pushkal Basavaraj bought the former Have a Nice Day Cafe building at 11 S. 18th St. this week and plan to convert the three-story property into an office building for a single tenant, Singh said.

They paid $575,000 for the 13,000-square-foot building that has been shuttered for more than a year after Have a Nice Day closed. The property’s previous owners, Ken Farino and Mason Wyatt, put the building on the market about a year ago.

Have a Nice Day Cafe had an uneasy history prior to its closing. Its customers were blamed by some for at least one shooting and other violence in the Bottom in years past, and some neighboring businesses sought to have it shut down.

Singh, Garland and Basavaraj are all principals at local real estate firm Capital Square Management, which has offices in the Fan and Innsbrook. The Have a Nice Day deal is at least the group’s third project in the Shockoe Bottom area.

“We have been in neighborhood and really like the energy that we experience during the day and the energy that this vibrant neighborhood has,” Singh said. “We saw an opportunity to purchase it as a building that qualifies for state and federal tax credits in a location that was prime for a different use given the apartments and restaurants popping up.” 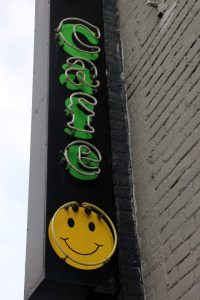 Have a Nice Day has been closed for about a year.

Over the summer, they began construction on a four-story office building at 13 S. 13th St. Work on the space is expected to be done by June 2015. And Singh said a financial firm has already signed onto two floors.

The group of developers was also involved in an office conversion on the former These Four Walls building at 14th and Cary streets.

Singh said their latest purchase of Have a Nice Day is in line with their other projects.

“In both instances, we bought a historic building and are rehabbing it to creative offices,” he said.

The new layout of the Have a Nice Day Cafe space has not been finalized, and an architect and contractor have yet to be selected.

“We envision it as an office space for a single user,” Singh said. “We’re in discussions with what we think are exciting Richmond-based firms.”

Singh said the building will most likely be renamed but that at least one trace of Have a Nice Day Cafe – the giant smiley face that hangs from the building – will live on.

“We plan to retain the sign and hopefully find it a meaningful home in Richmond,” he said.

Sad that this article fails to reference that prior to “Have A Nice Day” this place was the Flood Zone, a great concert venue here in the 1990s. Even though I don’t care for their music, the Dave Matthews Band use to regularly play here as well as many nationals acts when they were getting their start. Nine Inch Nails played here in 1990 to support their very first album.

Thanks for adding this rich historic nugget.