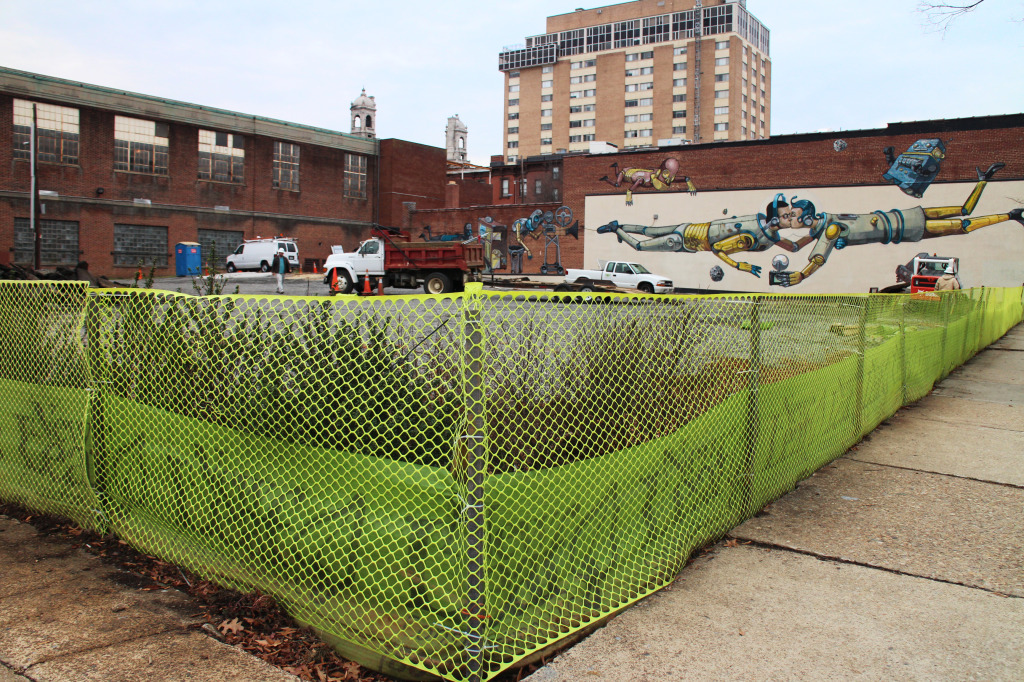 The downtown YMCA is repaving an empty lot along West Grace Street. Photos by Katie Demeria.

A local nonprofit’s plan to expand its downtown facility has been put on hold, and one of its longtime executives is retiring.

The YMCA of Greater Richmond has begun construction on a new parking lot at 1, 3, 5 and 7 W. Grace St. on parcels that had initially been slated for a $20 million addition to its 98,000-square-foot building at 2 W. Franklin St.

“Y leadership, along with the board, agreed to temporarily pause the expansion of the Downtown Y to re-evaluate the needs in the community and how best we can serve,” the organization said in a statement.

The YMCA purchased the properties in 2008 and tore down the existing buildings in 2012. It said at the time it would first need to raise funds for the planned expansion. Instead it is currently spending about $150,000 to add 59 additional parking spaces on the land to be used for its Franklin Street facility.

Karen Keegan, the organization’s COO, said the additional parking lot will at least give the facility some breathing room. 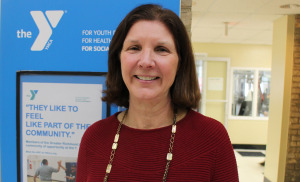 “We bought those lots because we realized that all three were on the market at the same time, and how often does that happen?” Keegan said. “We were really fortunate, because in the city, finding space doesn’t happen often. We’re not out of space in the building, but we were out of space with parking.”

The plans for the Franklin Street addition aren’t completely off the table. But the organization said it has restarted work on the plans, and the project will likely be less than the initially proposed $20 million.

The new parking lot should be completed by Dec. 30, just days before Keegan, 65, plans to retire after 32 years with the YMCA.

During her tenure, Keegan said she has witnessed a great deal of change both within the city and within the Y.

Keegan said the organization has developed successful programs in local elementary schools during her time there, providing after-school support like homework help and literacy coaching.

“Richmond is a great city, it’s got so much to offer, but we can’t be a great city if we still have kids that can’t read and can’t graduate from high school—we just can’t,” she said. “So we’ve got to crack that nut.”

There is also work going on inside the downtown building. The Y is preparing an expanded daycare area to cater to the rising number of families in the surrounding downtown area.

According to its most recent financial reports, the YMCA of Greater Richmond drew in $39.1 million in revenue and reported $38.6 in expenses in 2012.

The organization, which operates 18 facilities around the region, gets a significant portion of its funds from its membership fees, while the rest largely come from donations. It also depends on volunteer support, and so far this year has involved 7,850 volunteers.