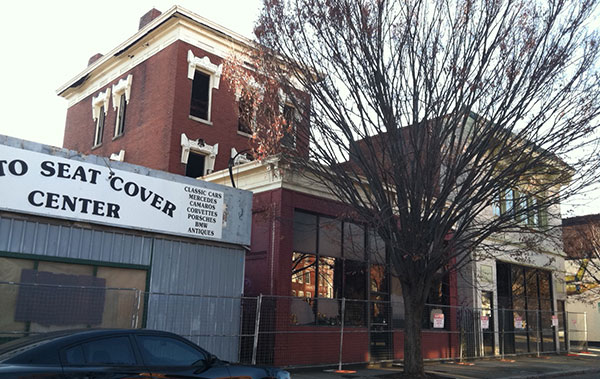 The properties set for demolition include a long-shuttered auto upholstery shop and an old drug store.

Three downtown buildings are set to be razed to make way for a local nonprofit’s $20 million expansion.

The Downtown YMCA on Monday plans to tear down three Grace Street properties the organization bought in 2008. After the demolition is complete, the Downtown Y will begin work on an addition to its 98,000-square-foot building at 2 W. Franklin St. 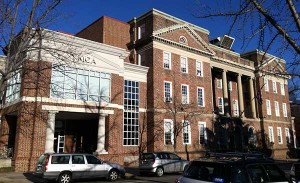 There’s no word yet on when the expansion will be complete, said executive director Tricia Hutnan.

“It depends on our fundraising efforts, which have really just begun for this project,” Hutnan said.

Funding for the expansion will come from the organization’s Growing Stronger Together capital campaign. Hutnan said that volunteers have started raising money but that they’re going to kick the campaign into high gear early next year.

The expansion will eventually sit on 1, 3, 5 and 7 W. Grace St. The properties set for demolition include a long-shuttered auto upholstery shop and an old drug store.

The added space will let the Downtown Y expand its community development programs for teens, senior and parents and will double the capacity of the preschool to just over 100 students.

“That was one of the key drivers of the expansion,” Hutnan said.

The nonprofit will also overhaul the building’s swimming pool, turning it into a family-style aquatic center that Hutnan said would be more conducive to giving lessons.

Three other Central Virginia YMCA branches – Northside, Manchester and Petersburg – also have plans to expand, Hutnan said. Of the four, she said the downtown expansion would be the largest.

The Downtown Y is part of the YMCA of Greater Richmond. The organization has 18 branches and more than 2,000 employees in the area.

The YMCA of Greater Richmond has seen several large construction projects over the past few years. In mid-2011, it began construction on a YMCA at the Rutland development in Mechanicsville.

It’s a shame the two western-most buildings (3 and 5/7 W. Grace) are going to be torn down. They would have made great restaurant or cafe/deli spots. They would have had a limited amount of much-coveted on-site parking or could have used the small lot for outdoor dining (which is rare in that part of town). That corrugated building, on the other hand, should have been torn down long ago. The demolition has already begun as of this morning. I saw (and heard) them as I was leaving for work. I really hope they begin work as soon as possible.… Read more »

I find it reprehensible that the two historic structures were not saved and made part of the expansion. #5 is a beautiful Italianite residence with massive iron transoms and the other building at #7 is a very handsome and well proportioned building as well. Just what Richmond needs another pre fab faux historic brick building…..VCU has already ruined the 900 block of East Grace with that type of building, watch the YMCA do the same. NOT HAPPY!!!!

To echo the other comments I also find it pretty pathetic and shameful they were allowed to destroy those buildings. I have no confidence that what will replace them will be good. More likely it will be another sorry attempt at historicism, suffering a bad case of gigantism.

Lover of old buildings here but they had been vacant for over a decade and that section of Grace still had some issues. I think the old Hudgins Drug Store had been closed for more than 2 decades. It is not the greatest design but HOW would they have incorporated a new pool, community rooms, and daycare into that space without a huge increase in the cost (which would have been passed to member). They did a great job on Franklin additional several years ago and the new building will add pedestrian traffic to Grace Street. At some point some… Read more »

I wonder how close this building will be to the neighboring property (9 West Grace). I assume that the YMCA owns the small lot between 7 W. Grace and 9 W. Grace because the lot is reserved for YMCA employees

Will that new Pixel Pancho mural be covered? I hope not, because that may be my favorite mural in Richmond.

Also, what will become of the alley that bisects the block? Is that a public alley way, or is it not? How will the new and old buildings connect?