Hirschler Fleischer was named “Law Firm of the Year” for the second consecutive year at the 13th annual M&A Advisor Awards. Partner Andrew Lohmann, chair of the firm’s mergers and acquisitions group, was a finalist for the “Legal Advisor of the Year” title. 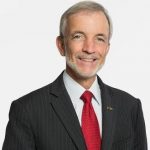 After receiving approval from the VMFA Board of Trustees in October, the museum has acquired an art nouveau necklace, a wooden gong from the Gabon’s Tsogo culture, a selection of photographs and other items.

Alex Nyerges, the director of the VMFA, was honored by the French government as Knight of the Order of Arts and Letters. The honor goes to those recognized for their contributions toward promoting international relations with France.

The VMFA was awarded the Mary Morton Parsons Foundation matching challenge grant for $600,000 to support ARTshare, the museum’s digital technology and education initiative.

Belgium-based Penta Reizen was named the Official Travel Agent for the 2015 UCI Road World Championships by Richmond 2015, the organizer of the nine-day cycling event scheduled to take place in Richmond in September 2015.

The Greater Richmond Partnership surpassed its private sector fundraising goal of $750,000 by $100,000. This is the nonprofit’s first capital campaign in five years.

The Greater Richmond ARC awarded Geraldine Byrd Story with a Lifetime Achievement Award for her years of working with those with development disabilities.

After two years of negotiations, the Richmond Symphony Orchestra and the Richmond Musicians’ Association announced a new four-year collective bargaining agreement to last until June 2018.

Make-A-Wish Greater Virginia teamed up with Trusted Choice Independent Insurance Agents of Virginia to make a wish come true for 15-year-old Lee in Powhatan, who asked for a Tracker Bass Boat. 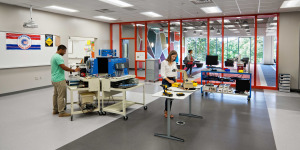 The Chesterfield Career and Technical Center was recognized for its design.

The VCU School of Education earned its reaccreditation with the National Council for Accreditation of Teacher Education, a five-year qualification, just as the school celebrated its 50th anniversary.

The Virginia School Board Association Exhibition of School Architecture recognized Martin Luther King Jr. Middle School and the Career and Technical Center at Hull Street in Chesterfield County with Gold Design Honors during its 2014 convention.

University of Richmond introduced the Richmond Guarantee, a university promise to fund one summer research or internship experience for all new and continuing, traditional undergraduate students. The awards could equal up to $4,000 per student.

With a gift from HCA, VCU created the HCA Distinguished Executive in Residence Professorship in the Department of Health Administration in the School of Allied Health Professions. It was created as a tribute to HCA’s many VCU graduates.

HCA Virginia, Bon Secours and the VCU Health System teamed up to work with the Richmond Academy of Medicine on their Honoring Choices Virginia initiative. The program allows the health systems to train staff members to “start the conversation” with patients, detailing what patients should want in their final days if they are not capable of making decisions themselves. 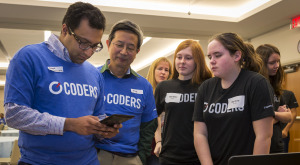 Capital One taught middle school students about coding in a week-long program.

Capital One Bank hosted a coding event on Dec. 11 for Richmond middle school students at the Capital One West Creek Commons, where students unveiled new apps they created and competed for the best app award. The event was the culmination of Capital One’s 10-week coder program.

John Mark Ludwick joined the CBRE|Richmond Corporate Services team as an associate broker. He was previously a realtor at Coldwell Banker in Maryland.

The Richmond Association of Realtors gave awards to four local Realtors, including Karen K. Smith, who was awarded the Realtor of the Year award. Other winners included Andrea Levine with the Sales Associate of the Year Award, Nate Peterson with the Scholarship Award, and David Hamil with Educator of the Year.

Willow Lawn was the recipient of the 2014 Urban Land Institute Vision Award in the Top Smart Growth Project category. Willow Lawn is owned and operated by Federal Realty Investment Trust. 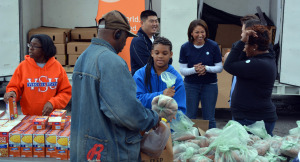 AT&T donated about 200 turkeys to local families for Thanksgiving.

AT&T held an event in late November in which it gave away 200 turkeys to needy families in Richmond, a donation equivalent to over $3,100.

Barry Moore, general manager of Haley Buick GMC, was named the 2014 Distinguished Retailer of the Year by the Retail Merchants Association.

Altria was named one of the top 50 community-minded companies in The Civic 50, a survey identifying companies for their commitment to improve the quality of life in the communities where they do business. Points of Light, in partnership with Bloomberg LP, conducted the survey.