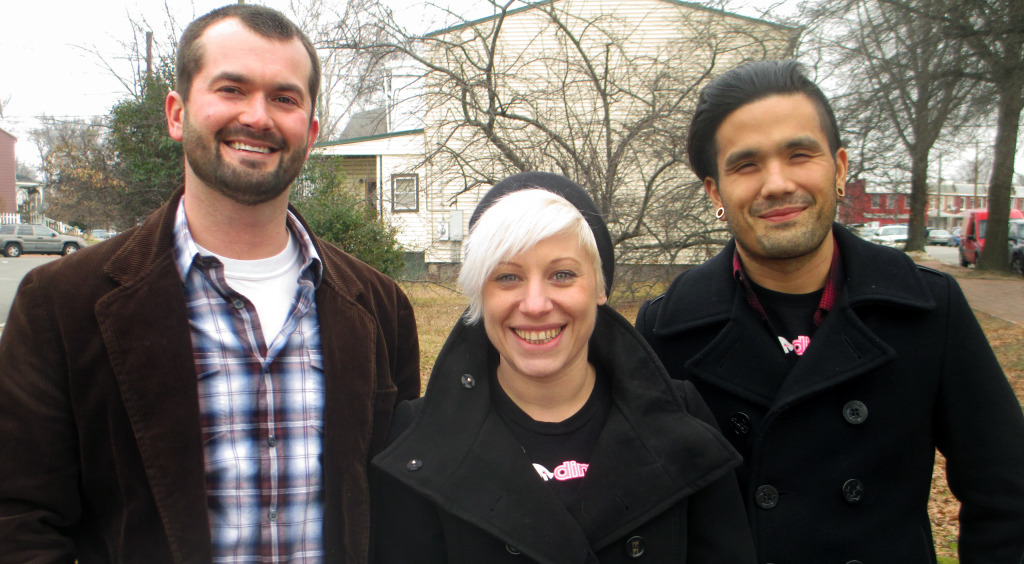 Developer Matt Jarreau (left) plans to build an apartment and commercial space in Church Hill, with a Chinese restaurant by Liz Kincaid and Sean Rapoza to fill the bottom floor. Photo by Michael Thompson.

A new construction project on a small parcel of land in Church Hill is slated to bring the neighborhood more apartments and its newest restaurant.

Matt Jarreau, a local real estate agent, plans to build a three-story, 6,600-square-foot building at 718 N. 23rd St. Its top two floors will have four apartments, and a deal is in the works to lease the 2,100-square-foot ground floor commercial space to And Dim Sum.

The restaurant is being launched by Liz Kincaid and Sean Rapoza and will serve Chinese food and dim sum, and it will also have a full bar and will do catering, takeout and delivery.

Lease terms for the restaurant are still being finalized, but Jarreau is confident in the future tenant. He met Kincaid about three years ago when she hired him to help her buy a house.

“Just knowing Liz, how headstrong she is, when she has something in her mind it just happens,” Jarreau said.

Kincaid is a manager at Tarrant’s Cafe downtown. Rapoza, Kincaid’s fiance, bartends at Balliceaux in the Fan. 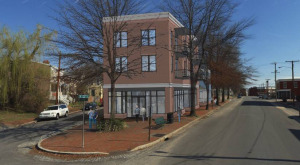 Four apartments and a new restaurant concept are planned for Church Hill. Rendering courtesy of

“We want to be the kind of place you come to three times a week,” Kincaid said. “Once for a happy hour with co-workers, once for brunch with your friends, and maybe a lunch.”

Kincaid said she got introduced to dim sum – a bite-sized style of traditional Chinese food – while working at a Chinese restaurant in England. When she returned to Richmond in 2009, she struggled to find similar dim sum offerings.

Kincaid acknowledged the rise in competition for restaurants in Church Hill, but said options for Asian cuisine are still lacking.

“Very few places deliver to Church Hill,” Kincaid said. “The neighborhood is on the cusp.”

Kincaid said she expects it will cost about $50,000 to get And Dim Sum open. But the business recently got a boost with grant money from the Supporting East End Development program.

Kincaid said she hopes to eventually add a food cart to And Dim Sum’s operations in addition to more stationary spots.

“We definitely want to franchise as soon as the profits are there,” she said.

Construction is planned to begin in April 2015 and completed in October.

And it isn’t the only project Jarreau is working on in Church Hill.

Jarreau said he is developing a two-story, 4,200-square-foot property with four apartments at 2813 M St. Construction on that project will be handled by Urban Core, and Scott Gordon and James Vea of Yellow Room are the project’s architects.

Jarreau said construction on the M Street apartments should start in two weeks and be completed in May.

“I’ve lived in Church Hill for eight years,” Jarreau said. “Being an agent living in the neighborhood has spurred my desire to be part of it.”