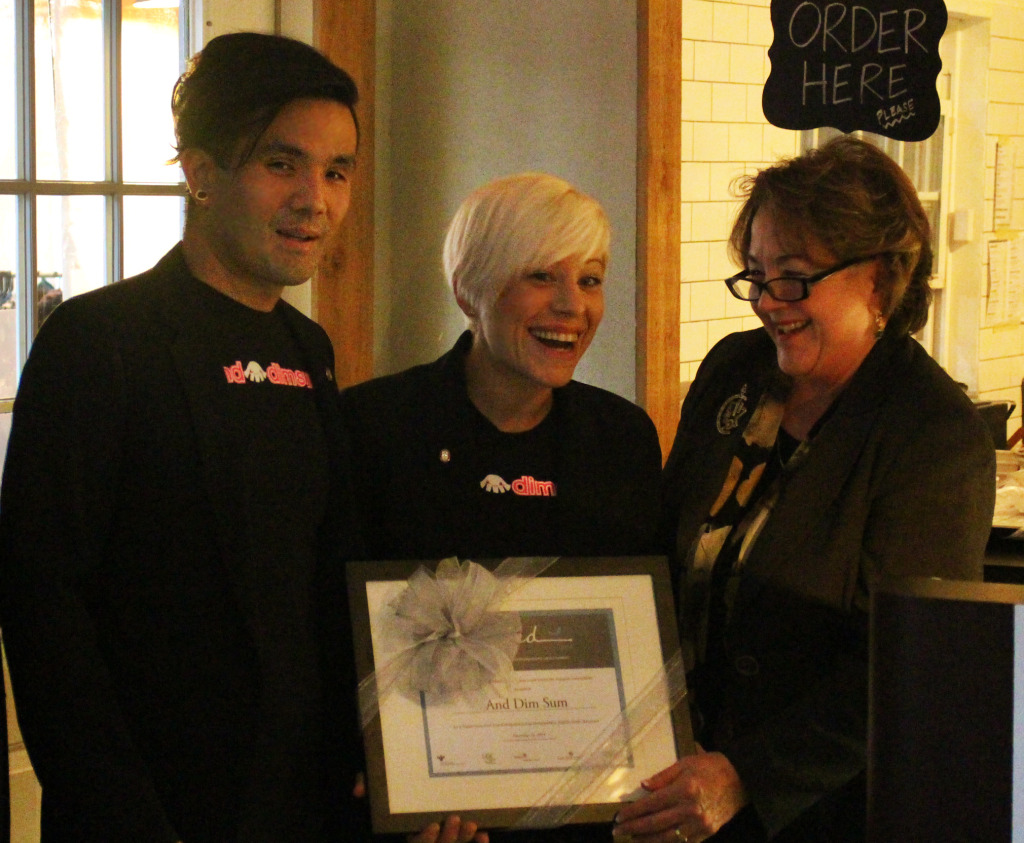 From left: Sean Rapoza and Liz Kincaid of And Dim Sum with Candice Street of LISC at Tuesday’s SEED Awards. Photos by Michael Thompson.

A baker’s dozen of Church Hill startups are getting another round of funding from two of Richmond’s richest organizations.

Bon Secours Richmond Health System and Capital One awarded a total of $100,000 on Tuesday to 13 businesses in the neighborhood as part of the annual Supporting East End Entrepreneurship (SEED) grant program.

The program is intended to help and attract businesses to the East End, and the grants are only open to ventures with a 23223 zip code. This year’s recipients include a fledgling dim sum Chinese food restaurant, a pudding shop, a recently launched neighborhood market and Church Hill retailers.

Bon Secours CEO Peter J. Bernard said 22 out of 24 of the businesses that have participated in the program in past years are still in business. Since the program began in 2011, $240,000 has been given to businesses in the Church Hill area.

“Most small businesses don’t make it past 18 months,” Bernard said.

In this year’s round, Bon Secours put up $85,000, and Capital One gave $15,000. And as it has in years past, Bon Secours used the occasion to announce its plans to continue the SEED program, this time promising to extend it for three years with plans to give out $100,000 in each subsequent year. 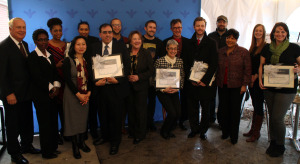 Of the 13 recipients this year, four had received money from the program in the past. In addition to funding, SEED participants receive business guidance from nonprofit Local Initiatives Support Corporation (LISC), accounting firm Dixon Hughes Goodman and law firm Hirschler Fleischer.

Three dozen businesses applied for a SEED grant this year – up from 21 applicants in 2013. The winners were chosen by a group that includes representatives from Bon Secours, LISC, M.H. West & Co., Better Housing Coalition, the city of Richmond, Business Finance Group, Capital One and a Church Hill resident.

This year’s SEED recipients are: