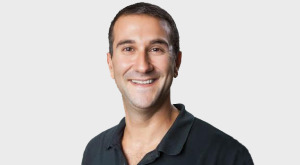 Avrum Elmakis, founder of a fast-growing pet treat company, is getting into the fitness business.

Richmond’s pet treat king is off and running with a new venture.

Avrum Elmakis, founder and owner of fast-growing local pet goods company Best Bully Sticks, is getting into the triathlon business with the acquisition of Richmond Multisports. He made the purchase for an undisclosed sum in a deal that closed on Dec. 19.

The investment gives Elmakis control of an 11-year-old company that puts on established races event around Central Virginia, including seven triathlons and running race coming up in February.

Elmakis’ shift into a new industry is fueled not only by the financial success of Best Bully Sticks, which manufactures and sells pet treats, but also his love for his newest hobby.

“I just bought it out of passion more than anything,” Elmakis said. “About a year ago, I started making a personal commitment toward living a healthier lifestyle.”

That began with running, then biking, and then he read about triathlons.

“I ended up doing four of them this year,” he said. “I felt like it was an awesome sport, lots of fun, but I thought, there’s a lot of opportunity.”

From there the tale moves quickly. Elmakis, after running in Richmond Multisports events, reached out to the company’s founder Laurie Householder Mehler to see if she’d be interested in selling.

“He sent me an email and I thought it was spam,” Mehler said. “I have cats so I had never heard of Best Bully Sticks.”

She hadn’t been actively looking to sell, but she could tell Elmakis meant business. She also liked his energy, the fact that they both were JMU grads and that he had ideas for the future of the company and resources to back them up.

“I wasn’t selling the business, but it’s a lot easier when you have someone who’s passionate and wants to buy it,” Mehler said.

Casual conversations turned into a deal, and all of a sudden Elmakis is in the racing event business.

It all happened so fast that Elmakis said he’s not exactly sure what’s next for his new business.

“I’m excited though. I’m ready to learn,” he said. “Every day is like a new adventure. Part of what I’ve missed is the genesis of business with all the ideas flying around.”

He said he does plan to invest in the company and grow it rapidly by adding new events. He expects Richmond Multisports to produce between $500,000 and $1 million in revenue next year and to have more than 10,000 event participants.

Elmakis is taking on Richmond Multisports’s three employees who will continue to work to put on its events. Mehler will stay on as a consultant. They have an event right around the corner with the Love Rox Half Marathon, 10k and 5k set for Feb. 22.

Although Elmakis admits his two businesses are polar opposites, he does see some similarities that he thinks will translate into success.

He started Best Bully Sticks in 2008 on the idea that if he couldn’t find exactly the sort of treats he wanted to feed to his two dogs, he’d make them himself.

“That preface translates into this business,” he said of putting on athletic events. “If we can deliver the highest-quality experience for the user, that’s usually successful.”

He’s also not scared off by the fact that his investment into triathlons wasn’t part of any years-in-the-making plan. His leap into pet treats wasn’t either, and it has led to one of Richmond’s fastest-growing companies, with more than 80 employees and revenue that hit $18 million in 2012.

Excellent. Avrum is a great business man. He looks like he is in super shape in the picture. Good luck.