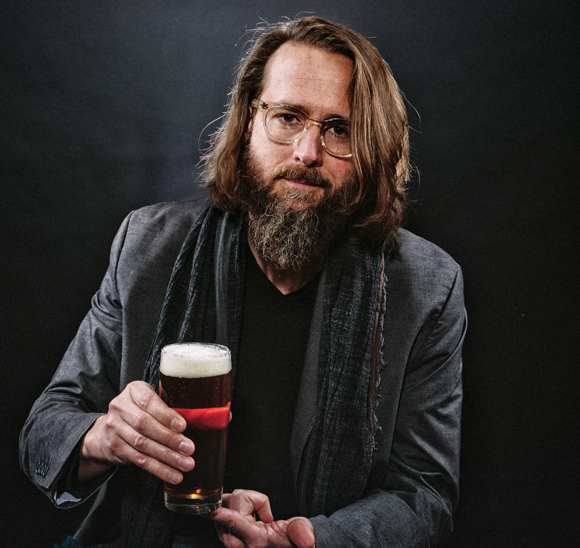 After plenty of initial fanfare over its entrance into Richmond, Stone Brewing Co. is now facing some skepticism over the upcoming construction of its East End brewing facility and agreement with the city.

Critics question the city’s plans to issue more than $30 million in bonds to finance the development of the brewery and restaurant facility for Stone. Local business owners, particularly other brewers and restaurateurs, wonder if the city is giving a massive new competitor an unfair advantage in the name of economic development.

Greg Koch has plenty to say to those critics.

As Stone’s CEO and co-founder, Koch (pronounced “cook”) defends the deal as good for all parties involved. And he points out that Stone plans to pump tens of millions of its own money into a project that promises 288 jobs and new life to a long-dormant section of the city.

BizSense caught up with Koch, 50, just before the end of the year to talk about Richmond’s response to the brewery, what is was like to have cities bending over backwards to lure his company, his thoughts on craft beer, and the origin of the brewery’s gargoyles. 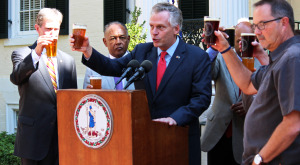 Richmond BizSense: What was it like to have so many different cities rolling out the red carpet and really getting behind the idea of luring Stone into their market?

Greg Koch: It was enormously flattering to say the very least. We had unique proposals and suggestions that were beyond anything that we had set off imagining. It made it an extraordinarily complex process because in no way were we able to compare apples to apples. Each location was so unique.

RBS: What’s your response to critics who say the city is bankrolling the brewery and restaurant project and giving Stone an unfair advantage? Or is this just kind of what cities have to do nowadays to attract high-profile businesses?

GK: One thing that a lot of critics have very clearly said is, “I don’t understand the details of this deal but I’m going to comment anyways.” The city is not bankrolling this project. That’s just an odd way to describe it when you look at it. What the city is doing is they are investing in their own property. They are creating something that is fit for a tenant – us – to come and occupy and pay them rent on.

It would be much less expensive just to take some parcel and build a new building that doesn’t have all these complexities and challenges built into the project. However, this is a unique opportunity to revitalize a part of town and to work with the city to create an economically viable scenario. Just from a governmental perspective, or just from a private business perspective, this wouldn’t be viable to sink money into. But when we link arms and we say, “We can accomplish this together in a public-private partnership,” then it makes sense, and here’s something the city and the region benefits from enormously because it’s taking something that’s non-economically viable and making it economically viable for both parties.

RBS: Any thoughts on the response you’ve gotten from Richmond, both from critics and the welcome you’ve received?

GK: It’s been a fascinating process. I would love to sit down with every single person and explain to them all of the basic ins and outs and fundamentals of the deal. In fact, in order to try and do that we wrote our blog post because there was so much wildly outlandish speculation that was essentially communicating people really didn’t understand the basics of the deal. 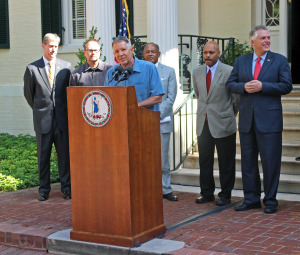 RBS: Richmond has added about a dozen breweries in recent years. What do you think Stone’s presence will do to the local beer scene in terms of attracting more new breweries? Or will Stone scare off some of the potential Richmond upstarts?

GK: If you look at San Diego as an example, when we opened in 1996 we were right around the 15th brewery to open in San Diego, and today there are over 100. It’s just been in the last two or three years that probably half of those have opened. If somebody would suggest that we’ll have a negative impact on the brewing community in the Richmond area, they would be offering up speculation that has no basis in historical precedent.

RBS: Do you see Stone and craft beer as always being something that’s a niche, a little more high-end? Or do you hope to compete with Budweiser someday, or are you already doing that?

GK: I don’t think we can compete with Budweiser any more than you’d say our restaurant, which will be very eclectic, sit-down dining, menu with organic ingredients, competing with say McDonald’s or Burger King.

RBS: Do you see Stone as remaining a little more niche and high-end, or do you hope to someday compete in terms of price with names like Budweiser?

GK: That’s a fair question, but I would also challenge that it’s not the right question. Is this something that we should strive for? Because you know when you get the cheapest you don’t get the best. You can choose cheap or you can choose quality – you don’t get both.

RBS: How did you get into craft beer?

GK: I had my first real beer back in 1987. I was living in Los Angeles and I happened to stumble across Anchor Steam on tap, and that was the first time I sort of realized that beer could be amazing. It was just a small epiphany. That was the beginning of setting me off on my beer journey.

GK: I’ve always liked the term “craft.” I’m not going to let anybody steal that away from me. The big guys do their best to co-opt it.

RBS: I’m just curious if it’s come to the point where it might not mean as much as it once did?

GK: It’s a very, very typical big-company tactic, which is you work to erode the trust that’s been built up by the authentic folks. You do that by smoke and mirrors and confusion.

Here’s the bottom line: Are the ingredients added to enhance the character of the flavor or are they added to dumb it down? If it’s added to bring more character and more uniqueness to a beer, then more power to you. If you’re doing it to dumb it down and trying to appeal to a lowest common denominator mass audience then it’s not something I find very interesting.

RBS: Where does Stone’s name and the symbolism of your branding come from?

GK: Steve (Stone co-founder Steve Wagner) and I home brewed for many years together and we’d constantly sort of toy with the idea should we start a brewery. And finally when we did decide we wanted to go down that path, we started bouncing names off of each other.

Eventually, during one of our planning sessions I saw the word “stone” written on something and I just said, “Hey, how about Stone Brewing Co.?” And he didn’t say no right away. That was kind of it. “Stone” is small. “Stone” is magical. “Stone” is authentic. It’s a very simple, organic name.

We use a gargoyle to represent our philosophies in beer. And so our gargoyle wards off what we consider to be the modern day evil spirits of beer: chemical preservatives, cheap ingredients, pasteurization.

RBS: Could you speak about the approach you take as a business person?

GK: Our business approach at Stone has been relatively simple. What if we only do things that we believe in personally? What if we don’t dumb it down even when some consumers may ask us to and some trends suggest that it would be more profitable to sell a dumbed-down product? What if we treated everyone with integrity and treated them like they deserved the best that we could bring to market versus just the one that would sell? What would that look like as a business model?

Welcome to Richmond, Stone Brewery!! We are so proud of our Jewel on the James and thank you for recognizing the vibrancy of this fascinating city. This is the beginning of a beautiful friendship.

We are very happy to welcome your excellent brewery to Richmond. We, the undersigned, are especially excited, given that “Sustainable development has always been a core value of Stone Brewing’s business philosophy”. With that said, we strongly encourage Stone Brewing to make the same commitment it did to its Escondido, California facility to its new Richmond one by making a substantial investment in rooftop solar panels. We note that Governor McAuliffe recently stated, “A signal must be sent that Virginia is supportive of and enthusiastic about the role of renewable energy in the economy.” We ask that Stone Brewing help… Read more »

Looking forward to touring your facility.

Yes, what Scott is saying may be a good idea — Richmond may not have as much sun as San Diego, but we have sunny winters (not as much as CO, but more than many parts of the USA) and rooftop solar may be a good idea!

Welcome to Richmond, Stone. Love the article. It is funny how much (and how often) a lack of information feeds a false narrative. I have been a chaser of craft brew in my work travels for almost a decade. I would have loved to stumble upon Richmond and check out several breweries; and it would have been the quality of beer I got that determined what I brought back and who I spread the word about. Can’t wait to have what you bring to our craft scene.

We were very thankful to be one of the first media outlets to break Stone’s huge news back in October – http://www.vabeertrail.net/2014/10/09/stone-brewing-co-names-richmond-virginia-future-home-new-brewery-destination-restaurant/

Very much looking forward to Stone’s involvement in the community. Based on what I’ve seen out in San Diego/Escondido, I think Richmond will be in for a big surprise. Stone’s presence will not only help the city but all the craft breweries within it by helping to promote tourism and continue to put awesome RVA craft beer on the map.

Welcome, Stone. I’m looking forward to finally being able to say that an Arrogant Bastard from Richmond is a good thing. Of course, it is highly doubtful that most people will have the taste or sophistication to be able to appreciate it. Cheers!

Glad to have you Stone Brewery but am wondering when you will start the hiring process couldn’t find it on your website.

We loved visiting Richmond several years ago and were surprised at how much there was to see and do. Adding Stone Brewing to an already great city will only make it better – plus it gives us (and many other travelers/tourists) an extra reason to go back. It’s a smart move by the city, and a great location for Stone’s second location.

Is a company a craft beer brewer if it has breweries in multiple countries?