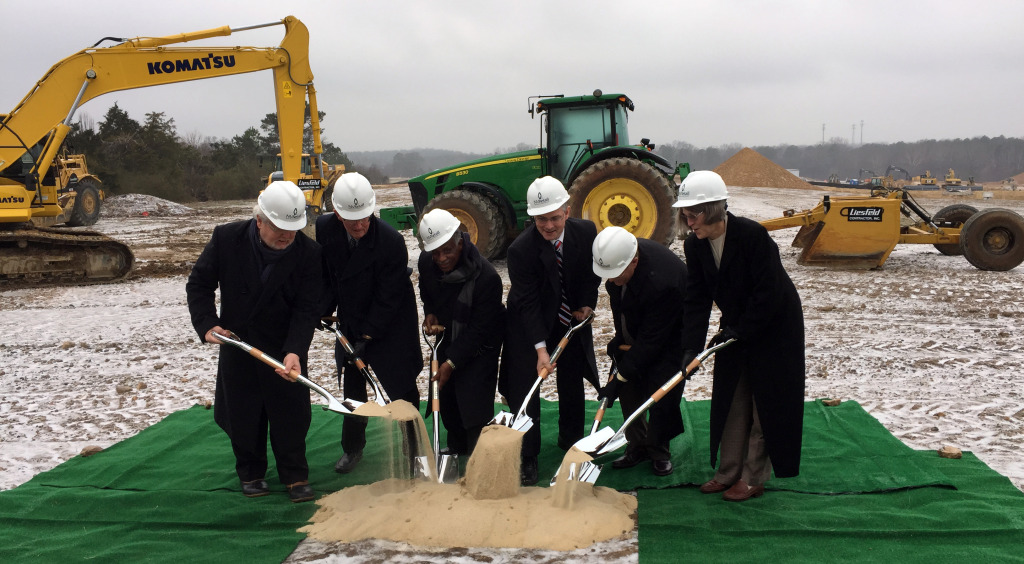 A ceremonial groundbreaking took place Wednesday at the site of West Broad Marketplace, a 440,000-square-foot commercial development that has landed Wegmans and Cabela’s as anchor tenants.

NVRetail, the project’s developer, has site work is underway with J. E. Liesfeld Contractor, and vertical construction will likely begin in June of this year.

“We’re moving right along,” President of NVRetail Jack Waghorn said. “All of our permits are in hand, and now we just need some good weather.”

As of now, Cabela’s is set to open in March of 2016, and Wegmans will open the following June.

Wegmans and Cabela’s have already signed their respective leases, Waghorn said. He also said the developer is discussing lease terms with 14 new stores, but none have signed on yet.

A total up to 22 additional tenants will occupy the space left over after Wegmans and Cabela’s move in.

“We’re shooting for tenants that are unique to Richmond, that have a unique merchandising background like Cabela’s and Wegmans,” Waghorn said. “We’re trying to find new reasons for people to come shop at our center.”

Waghorn said a general contractor for construction on the buildings has not yet been announced. The developer has a short list of several contractors that will be bidding on the project, he said.

NVRetail purchased the 61 acres for West Broad Marketplace in early December, along with Excel Trust, a West Coast REIT that owns a bulk of nearby West Broad Village.

NVRetail attempted to enter the Richmond market twice before, but was unsuccessful in getting the projects off the ground. Waghorn cited the recession as a major reason.

“We came back after the economy was lifted, we wanted to see what we could come up with, and we knew Cabela’s was interested in Richmond,” Waghorn said. “We worked on this property with the intent of having them as one of our major tenants.”