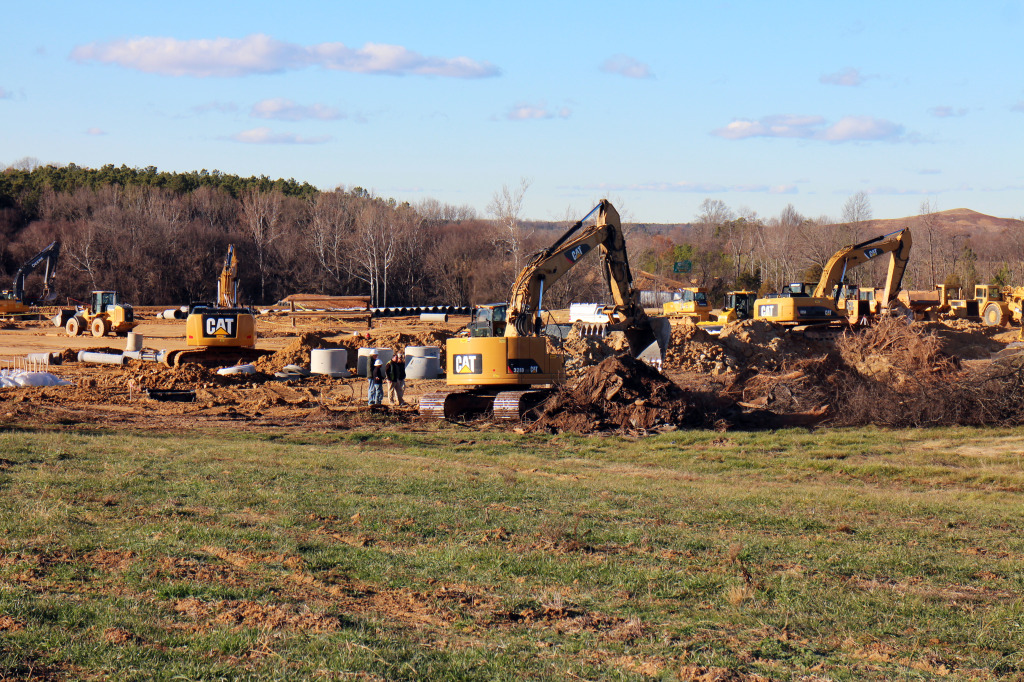 A massive Short Pump land sale this month has jump-started construction on the project that will bring a Cabela’s and Wegmans to Richmond.

The developers of the forthcoming West Broad Marketplace have finalized the $20 million purchase of nine parcels, totaling about 61 acres just west of Short Pump Town Center in a deal that closed Dec. 3.

The buyer was Excel West Broad Marketplace, an entity made up of Northern Virginia-based NVRetail and Excel Trust, a West Coast REIT that owns the bulk of West Broad Village.

NVRetail is the developer on the mixed-use project that calls for 440,000 square feet of space and will be one of several new projects extending the boundaries of the Short Pump retail corridor further west.

JE Liesfeld Contractor has already started clearing away trees from the forested site, preparing to install the development’s two anchor tenants, Cabela’s and Wegmans, as well as space for about 20 more tenants.

Mark Douglas, a broker with Cushman & Wakefield | Thalhimer who helped arrange the land deal and who handles leasing on West Broad Marketplace, said Cabela’s and Wegmans are tentatively planning on opening in March and May of 2016, respectively.

With anchors locked in, Douglas said multiple retailers and medical tenants are considering space in the development, but he would not specify what companies have expressed interest.

Cabela’s, a hunting, fishing and outdoor gear retailer, will take up about 97,000 square feet, and the Wegmans supermarket will be about 140,000 square feet. The other available individual spaces at West Broad Marketplace range from 2,500 to 36,000 square feet.

In addition to high visibility on West Broad Street, Douglas said the $160,000 average household income within a mile of the development is a draw for potential tenants.

“People coming here are going to be spending money,” Douglas said. “People come here just to shop at Cabela’s, and the ripple effect is that they have to stay at a hotel and eat at restaurants there.”

West Broad Marketplace will have plenty of competition along West Broad Street from current and future developments. It sits west of the Towne Center West shopping complex between Route 288 and North Gayton Road and just south of Interstate 64.

And it’s directly next to Broad Hill Centre, an Atack Properties development that is also underway.

West Broad Marketplace is also surrounded by other developments like the 230-acre Notch at West Creek and GreenGate, a forthcoming 75-acre mixed-use project spearheaded by Markel | Eagle Partners.

Work on securing the land and preparing the development has been going on for 22 months, Douglas said.

“It’s a long, drawn-out process when you take a piece of raw land through the zoning process,” he said.

A few homes are currently speckled throughout the 60 acres, but Douglas said that during negotiations, those residents were receptive to the work and willing to relocate to allow the homes’ demolition.

The project is NVRetail’s first time entering the Richmond market, and its investment could exceed $50 million.

Its partner in the land deal, San Diego-based Excel Trust, entered the market with its $161 million purchase of much of West Broad Village in 2012.