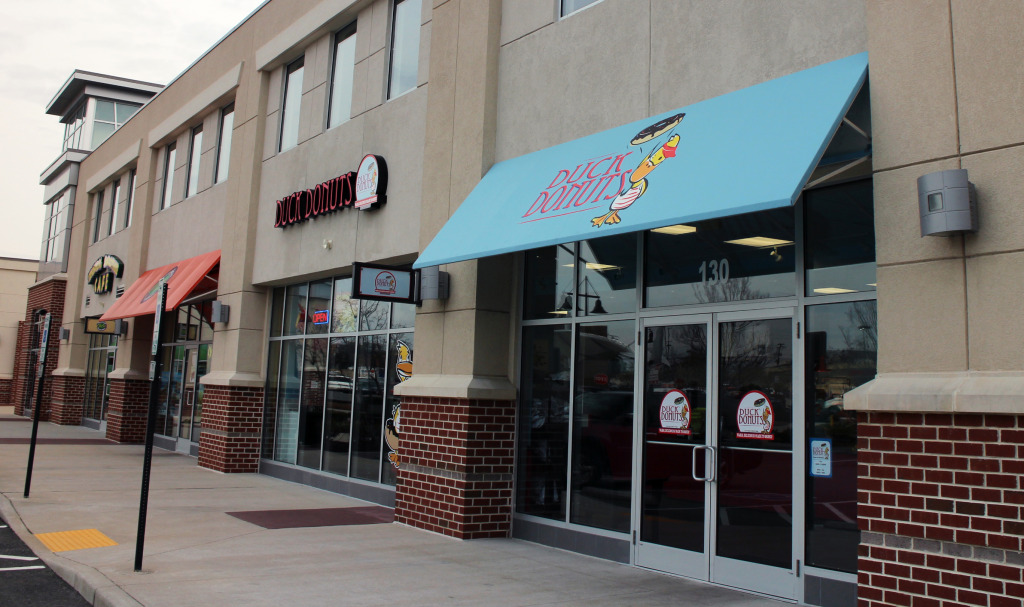 A new fitness studio is opening above the Duck Donuts in Willow Lawn. Photo by Michael Thompson.

Richmond’s increasingly crowded niche fitness market has given rise to more competition – and the latest gym is combining some of the recent fads.

Local entrepreneur Angie Hardison is opening The Hot Yoga Barre, a gym that will combine some of the popular trends in fitness with classes in hot yoga, hot ballet barre and hot stand-up paddle board yoga.

“No one has brought these two concepts together in this way,” Hardison said of barre exercise and hot yoga. “To be able to offer these things in one environment is critical.”

Hardison is setting up shop in Willow Lawn in a 2,800-square-foot space above the newly opened Duck Donuts. She said she’s spending about $400,000 to renovate her studio and install the infrared radiant panels needed to heat the studio to temperatures of 85 to 105 degrees. Hardison said she plans to open in April.

Hot yoga, which uses high temperatures to warm up muscles, increase the heart rate and release endorphins, has grown in popularity in recent years. Virginia Beach-based Hot House Yoga has locations in the West End and Midlothian.

Barre fitness, a workout routine that incorporates a ballet bar, has also seen success in Richmond with several locations from different brands.

Incorporating the hot room concept into barre fitness is where Hardison sees her opening in the market. 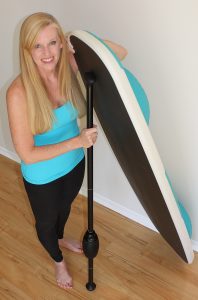 Paddle board yoga is another niche that has found a place in Richmond. It can be done with a board flat on the ground or balanced on blocks. A weighted paddle can also be incorporated.

“It mimics the instability of being out on the water,” Hardison said. “It is the most amazing core workout to do yoga on an indoor paddle board.”

Hardison said she’s financing the venture herself. Studio Z Architecture is the architect for the job, and Gauman Commercial Construction is the contractor for the Willow Lawn space. Hardison said The Hot Yoga Barre will be the space’s first tenant.

The storefront will have a large practice room, two studios for one-on-one training, a lounge and two bathrooms with showers.

The Hot Yoga Barre will offer 60- to 75-minute classes. Hardison said she has not settled on prices, but there will be rates for dropping in as well as monthly memberships.

Hardison said she was persuaded to choose Willow because of its proximity to VCU, UR and the Fan.

She has graduate degree from VCU in business and public administration and has since worked mostly in the corporate world, including a stint at Capital One.

“This is a career transition for me,” Hardison said. “I have been doing a lot of soul-searching and decided to leave the corporate world to open these studios.”

Hardison said she hopes to join the fitness entrepreneurs who are expanding in the local market.

“I would like to open more locations,” Hardison said. “I would love to open something on the Southside.”

Willow Lawn also announced the signing of another new retail tenant. Children’s clothing store Carter’s | OshKosh B’gosh plans to open this summer in a 5,000-square-foot space in the shopping center.