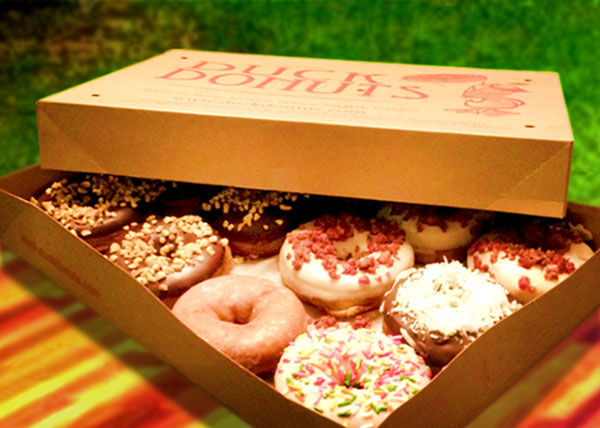 The Duck Donuts franchise will open its first location in Richmond. Courtesy of Duck Donuts.

The smell of Richmond’s steadily growing sweets market has lured another entrepreneur.

Keith Exton plans to open a Duck Donuts franchise at 1601 Willow Lawn Drive in the former Yapple Yogurt space at the Shops at Willow Lawn this fall.

The 1,479-square-foot storefront will be the first Richmond location of the Outer Banks-based Duck Donuts chain, which began franchising last year.

A Williamsburg resident and coffee industry veteran, Exton said he first tried Duck Donuts in 2007 while vacationing with his family in the Outer Banks. He said the brand’s arrival here was inevitable.

“Somebody would have opened in Richmond,” Exton said. “We felt like we were just the perfect fit for it.”

Duck Donuts was started in 2006 by Robin Griffith and Russell DiGilio with its first two stores in Duck and Kitty Hawk, N.C. Since then, two other company shops have opened in the Outer Banks. Its first franchises opened last year in Virginia Beach and Williamsburg. 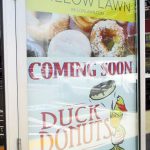 Duck Donuts will sit near the AC Moore at the Shops at Willow Lawn center.

The company makes cake-style doughnuts that are made to order and can be customized with toppings.

“The ability to basically get a hot made-to-order doughnut that you create yourself is what’s appealing,” Exton said. “The appeal is really there’s no pastry case.”

Exton said he chose to open his doughnut venture in Willow Lawn because the shopping center attracts both office workers and families.

“Richmond will be a dynamite location for this kind of product,” Exton said.

Exton won’t be the only merchant in Richmond selling dough fried on-demand. 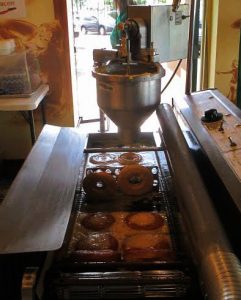 Eddie Simmons installed two automated doughnut-making machines at his frozen yogurt shop Goin’ Bananas at 6919 Patterson Ave. in March. Simmons said the investment in “the Donut Hut” has paid off.

“Were continuously making doughnuts,” Simmons said. “We thought it would be just a morning thing, but we’re selling as many doughnuts in the evening as we are selling in the morning.”

“Obviously, Krispy Kreme is across the street,” Exton said, referring to the Krispy Kreme at 4910 W. Broad St. “It’s got an excellent product, but we feel (Duck Donuts) has a different product that fits into the market.”

A Duck Donuts franchise can cost $450,000, according to the company’s website. Exton wouldn’t say what it’s costing to open his shop, but predicted his startup costs will exceed that figure.

Exton also said he has room to grow as he owns the franchise rights to the entire Richmond region.

“We do plan to open more stores in Richmond,” Exton said. “This is just our first move into the market.”

Duck Doughnuts started my addiction. But when I found Goin Bananas has alot more topping choices, also their icings are thicker and dont make the donuts as soggy.