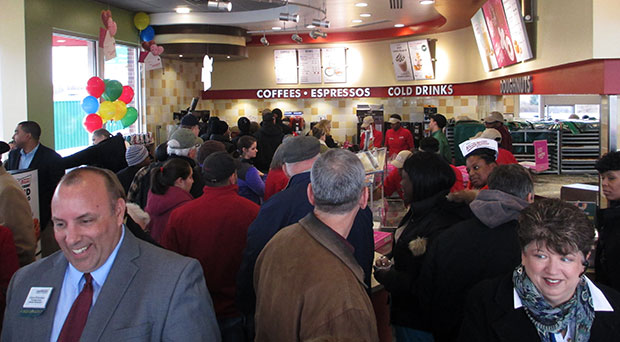 Frigid weather was no match for the lure of hot doughnuts. 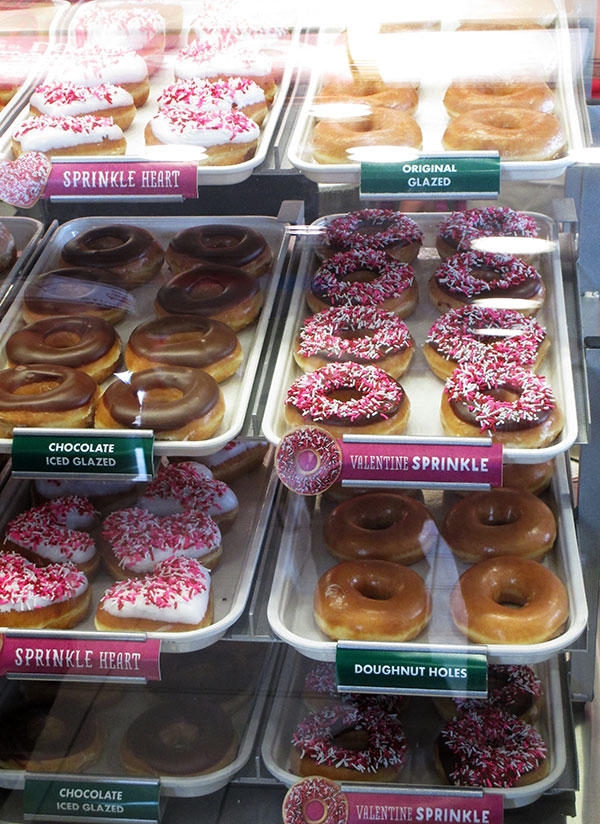 They were lured by the promise of free sweets, as the company offered free doughnuts for the shop’s first 100 guests. The first sweet tooth through the door at 6 a.m. won a dozen doughnuts each week for the next year: That’s 624 free doughnuts over the next 365 days. The next 99 visitors got a free dozen glazed doughnuts per month for a year.

Krispy Kreme is leasing the pad it sits on at 7130 Tim Price Way, and the store is corporately owned. It’s the doughnut giant’s second Richmond location and eighth in Virginia. Its other area location is at 4910 W. Broad St. in Henrico County.

At Stonebridge, Krispy Kreme joins a massive Kroger Marketplace and several other retail tenants, including Sweet Frog, Qdoba and an ABC store. A Virginia Beach-based developer also has 600 apartments planned for the complex, which sits on the former site of the Cloverleaf Mall. 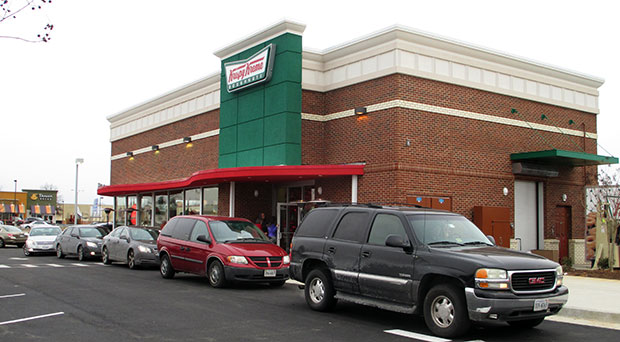 The 2,300-square-foot shop at the Stonebridge development on Midlothian Turnpike.