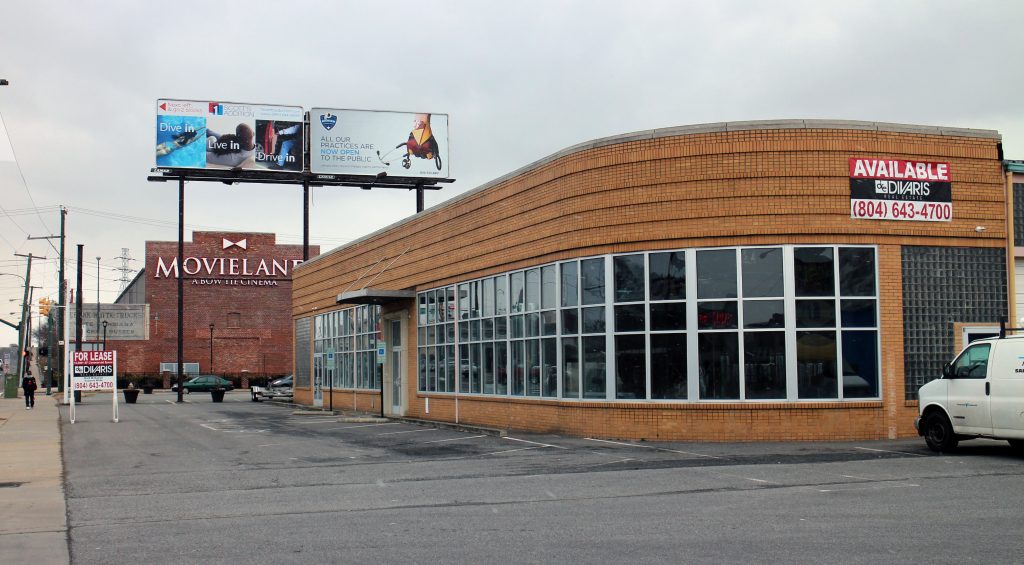 A furniture rental provider will move into the space next to the Bow Tie theater on Boulevard. Photo by Michael Thompson.

The Scott’s Addition apartment boom has lured a Warren Buffett-backed furniture rental company away from its longtime Broad Street storefront.

Cort Furniture Rental plans to move into a new 11,500-square-foot space at 1207 N. Boulevard next to Movieland this spring. The brand, which rents home and office furniture, will vacate its 26,000-square-foot home at 7921 W. Broad St. where it has been since 1980, said District General Manager Mike Cline.

The move was prompted by Cort’s desire to be closer to the area’s concentration of college students, Cline said.

“We need to be closer to our customers,” he said. “We’re also finding that baby boomers are choosing to downsize and stay flexible. They like places like Scott’s Addition where they are transforming warehouses into apartments.”

A steady stream of redevelopment projects has brought hundreds of apartments into the boundaries of Scott’s Addition between Boulevard and Interstate 195 on the north side of Broad Street. And more apartments are on the way.

In addition to its 10-year lease for the Boulevard space, Cort has another 10-year lease on 21,000 square feet of warehouse space at 5200 Anthony Road near the airport, Cline said.

Cline said Cort caters to business people in need of temporary furniture as they transition between job locations, students who need furniture for the school year, and small businesses testing the waters of their first office.

A 12-month student apartment rental package costs about $100 a month and comes with bedroom and living room furnishings.

Cort has one location in Richmond, six total in Virginia and 54 nationwide. The Richmond store has 12 employees and will hire two more once the new location opens.

Broker Brett McNamee of Divaris Real Estate represented the landlord of the North Boulevard space. It was built in 1949 as a Ford motor parts distribution center, Cline said.

McNamee said the front part of property, where CORT is moving, has been vacant for at least two years and that 15,000 square feet in the back of the space is still available to lease.

Barry Hofheimer of CBRE | Richmond has the listing for the property at 7921 W. Broad St.