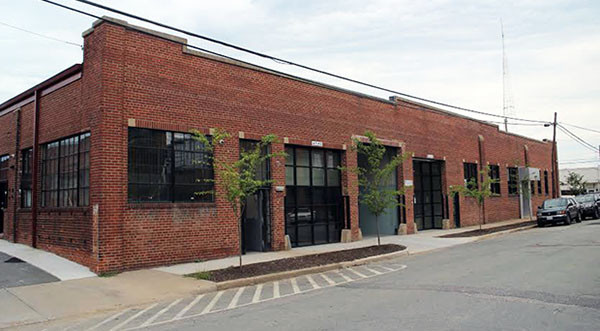 Historic Housing has preleased all the apartment in its first Scott’s Addition building, set to be completed this week. Photos by Burl Rolett.

Richmond developers have bet big on Scott’s Addition in recent years in hopes that pent-up demand in the area will fill hundreds of new apartments. Now the gamble is beginning to pay off for at least one of the neighborhood’s newest projects.

Main Street Realty said last week that it has leased every unit at the first piece of its two-building 1 Scott’s Addition project before completing construction on the property.

The company, which is the property management wing of David White and Louis Salomonsky’s Historic Housing, is aiming for an Aug. 15 completion date on the first building.

“Typically we would hope to have the building 100 percent leased within three months of Aug. 15,” said Wendy Holland, a property manager for Main Street. “This is the first time that we’ve 100 percent preleased a building before it was completed.”

Main Street’s 42 paid deposits on an unfinished apartment project are a concrete sign of interest and a boost of confidence for the burgeoning Scott’s Addition residential market. A slew of new apartment projects have been announced in recent years totaling more than 500 new units and $60 million of investments in the industrial neighborhood. 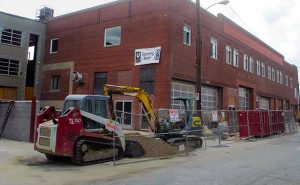 The second piece of the 1 Scott’s Addition project is under construction and is expected to be finished in December.

Spy Rock Realty is building 194 apartments on Roseneath Road. Thalhimer Realty Partners is putting in 90 more at 3200 W. Clay St., and Jerry Peters and Jim Edge will begin preleasing 94 apartments on Moore Street later this month. Sieck Floral Group plans to build another 30 apartments in an active warehouse at Mactavish and Leigh streets.

1 Scott’s Addition is a two-building, 132-apartment project at Summit Avenue and Norfolk Street. The fully preleased building is the smaller of the two at 1700 Summit Ave.

The second building at 3031 Norfolk St. will deliver its first units in October with a December target completion date.

The company has said the total project would cost around $17 million.

In the face of all the rising competition in the neighborhood, Brian White, head of Main Street Realty, said there was pressure to get the buildings ready sooner than later. But he said it was more important to have the building ready for the summer leasing season.

“I’m sure it has helped,” White said of beating the competition to market. “I think we will compare favorably even when the others have finished, but it’s nice to not have to find out.”

Historic Housing has spent several years on heavy development in Shockoe Bottom before moving into Scott’s Addition. The downtown neighborhood is the firm’s home base, and it has invested tens of millions in projects like the Cold Storage complex at 17th and Marshall streets, the Canal Walk buildings along Cary Street and the Tobacco Landing and Shiplock Watch apartments on Main Street.

Historic Housing’s next project will be an apartment conversion on Overbrook Road near Hardywood Park Craft Brewery.

White said there’s a new market for lower-priced buildings in Midtown. “As (the Shockoe Bottom) market has grown up, it’s more difficult for people straight out of school to afford it. We’re seeing more of that type of applicant in Scott’s Addition,” White said. “This is not the cheapest project in the world, but on a per-square-foot basis it’s more affordable than a lot of what is in Shockoe Bottom.” 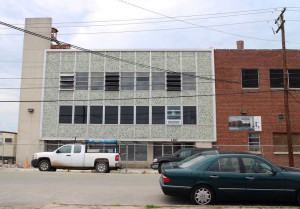 Spy Rock Realty’s apartments at 1310 Roseneath Road will open in the fall.

“Demand for housing of this nature does not seem to be abating at all, and the inventory of available places, neighborhoods and available buildings is really dwindling,” Peters said. “We thought Scott’s Addition would be the next great place, and it’s been confirmed.”

A pair of breweries and a Lamplighter coffee shop have opened in the last two years, and an Urban Farmhouse will move into the second 1 Scott’s Addition building.

“We think we will do well, and we think everybody who is building in Scott’s Addition will do well because we know those services are following,” Basham said.

There seems to be no lack of demand for quality apartments in the City or in the adjoining counties. Its great to see these beat up old industrial buildings turned around and used as apartments. Congratulations to the Main Street team.