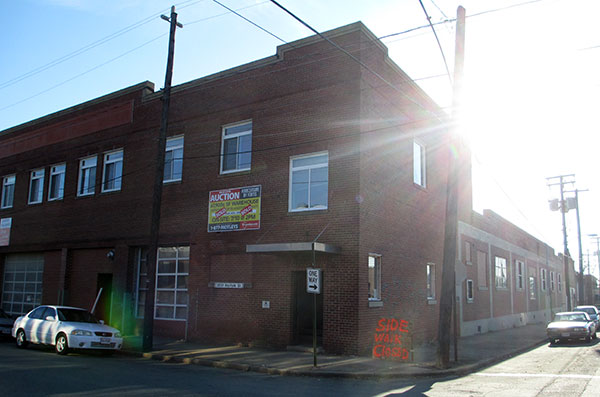 The warehouse at 3031 Norfolk St. is being converted into 90 apartments, with an Urban Farmhouse on the ground floor. (Photo by Michael Thompson)

With its third location in the works in Church Hill, Urban Farmhouse has inked a deal in Scott’s Addition for its fourth store in less than four years.

Richardson said she’s had her eye on Scott’s Addition since 2009, when French, who was previously the landlord for the original Urban Farmhouse in Shockoe Slip, brought the neighborhood to her attention.

“It’s an area that’s being revitalized,” Richardson said. “I had been hearing about that location for several years.”

Richardson opened the first location in Shockoe Slip in 2010. She followed up in 2012 with a Midlothian location and plans to open the Church Hill Urban Farmhouse this month.

Urban Farmhouse serves soups and sandwiches and has a market that sells prepared foods. It changes its menu seven times a year.

Richardson said Urban Farmhouses typically cost between $250,000 and $300,000 to launch, but the Scott’s Addition Urban Farmhouse won’t be typical. At about 3,500 square feet, it will be Richardson’s biggest location and more than twice the size of the downtown location.

About $175,000 in building permits related to restaurant space have been issued since November for the property on Norfolk Street, according to city records. Richardson said she’s been able to keep the budget lean.

“Louis [Salomonsky] was able to be generous with his terms for the initial costs of construction,” Richardson said.

She said she’s financing the new venture  by reinvesting money from the other locations and with a line of credit from Village Bank.

Salomonsky purchased the Norfolk Street property in July 2012 and plans 90 apartments at the 38,000-square-foot property, in addition to the Urban Farmhouse storefront.

“We targeted [Richardson’s] operation as being unique because it would humanize the neighborhood,” Salomonsky said.

Right now, options are few in Scott’s Addition when it comes to picking up milk and bread, organic or otherwise. The in-store market will be emphasized in the new Urban Farmhouse.

“The desire is to have the market component even bigger in Scott’s Addition,” Richardson said.

Richardson is joining a host of businesses breathing life into the neighborhood.

The Isley Brewing Company opened in October on Summit Avenue, joining Lamplighter Roasting Company on the street. Another brewery, Ardent Craft Ales, is slated to open three blocks away on West Leigh Street. CrossFit Full Circle is moving to a spot on Belleville Street.

Richardson said she expects to hire between 15 and 20 employees, or what the business calls “farm hands,” to work the new space.

With two locations added this year, she said the region should prepare itself for more Urban Farmhouses.

“It’s always been part of the plan to have Richmond as our core and go the [interstates] 95 and 64 route,” Richardson said.

Hoorah for Louis Salomonsky and Urban Farmhouse for doing this venture. I love the phrase “humanize the neighborhood”. This city is undergoing an amazing revitalization in so many areas, and the table is being set for the Mayor’s big play on The Boulevard and The Bottom.