A Scott’s Addition CrossFit gym has outgrown its home — again. 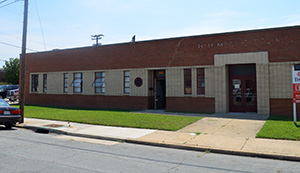 “We’ve barely made it a year here before we were busting at the seams,” Struck said. The number of members at the gym has increased to about 80 from 30 since the business moved into the Summit Avenue space last August, he said.

Struck, 34, ran CrossFit Full Circle out of his garage from 2008 to 2010. The business moved to a mixed martial arts facility in Mechanicsville before jumping to a Scott’s Addition block that’s home to Lamplighter Roasting Company, Richmond Cycle Corps and a fledgling brewery.

Struck said the nearby apartments made the location “not ideal for a noisy weightlifting club.”

The gym is expected to move into its new space in September, Struck said.

CrossFit has steadily grown in popularity in the Richmond area. Two new gyms opened at this summer, bringing the area’s total to 14, according to CrossFit’s website.

“There’s always a sort of residual demand for a hard workout, especially if athletes do it or celebrities do it,” he said. “That’s always attractive to people, and they say, ‘That’s what I should do’.”

Memberships at CrossFit Full Circle can cost as much as $200 a month, but prices vary based on how often and for how long a member wants to work out, Struck said. Most members pay between $120 and $140 a month, he said.