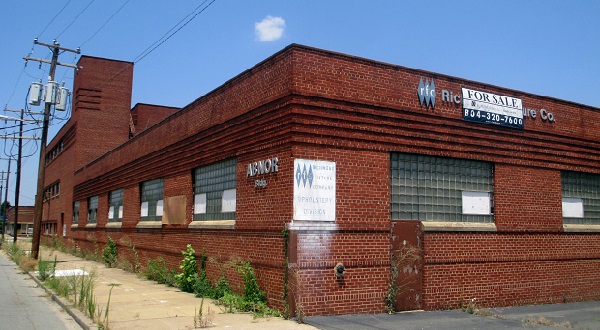 Thalhimer Realty Group got approval from the city council on its 116,000-square-foot apartment conversion project. Photos by Burl Rolett.

A burgeoning midtown apartment market is about to get another addition.

The company plans to begin work in the next 30 days in hopes of finishing construction next July.

The council’s approval came a week after the Richmond Planning Commission voted to allow the project despite some debate over its “windowless” apartments.

The Thalhimer project, which passed on council’s consent agenda, will also include a 67-space parking garage, a rooftop pool and a fitness center in the 116,000-square-foot former Richmond Fixture Co. building. The complex will have another 18 parking spaces in an on-site surface lot and five more within 1,000 feet of the building.

Thalhimer Realty Partners Vice President Matt Raggi declined to comment on how much the project would cost to build or what the apartments would for when it’s finished.

In the project’s 13 units defined as “windowless” by a 2012 planning commission resolution, there won’t be any traditional eye-level windows in an exterior wall. Instead, the apartments will have large, six-foot-tall ceiling-level windows, roof-level glass rooms popping out of the top of the building that lead to walkout porches and, in one case, a rooftop skylight. 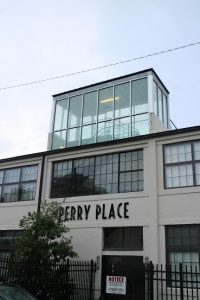 Southside development Perry Place includes the popup alternative to traditional windows that Thalhimer Realty Group will replicate in some of its Clay Street apartments.

Thalhimer bought the property about a year ago from ABNOR Corp. Richmond developer Tom Wilkinson previously had the building under contract and planned more than 130 apartments for the building, a number Thalhimer knocked down to about 100 in its first draft plans for the project.

Thalhimer scaled back to 90 units earlier this year, replacing 11 planned apartments with an outdoor atrium in the building’s center. A third of the building’s apartments have windows facing that 7,000-square-foot open-air courtyard.

The final product will have 44 one-bedroom units, 43 two-bedroom apartments, a three-bedroom and a pair of studios. The apartments average about 800 square feet.

The Clay Street development was the larger of two Scott’s Addition apartment conversions the city council approved Monday night, adding to an apartment boom that will bring 500 new units from several projects to the market by 2015.

The building will be Thalhimer Realty Partner’s fourth apartment development. The company is also finishing an apartment building on Grace Street behind the new Pane e Vino Wine Bar, and has a three-warehouse apartment conversion underway at Manchester’s Reynolds South plant.

At Monday’s meeting, the council also approved a Shockoe Bottom development plan that will bring another 70 apartments to a former tobacco warehouse at 22nd and Main streets.

City Council did not vote as planned on Monday on a proposed 15-story condo project on Pear Street in Shockoe Bottom. The development, from David White of Historic Housing, was scheduled to be voted on, but the council decided to take up the matter at a future meeting.

Correction: A previous version of this story incorrectly reported that Thalhimer Realty Partners acquired the Clay Street property from Tom Wilkinson. It bought the building from ABNOR Corp.