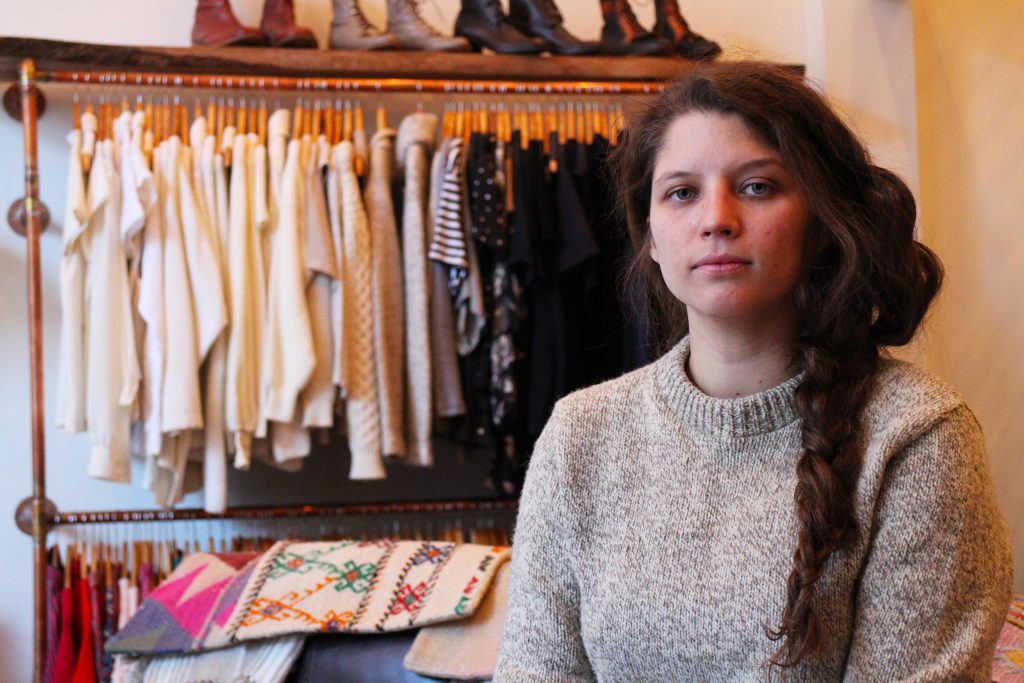 A former co-owner of a Fan vintage shop has struck out on her own with a store on the edge of Jackson Ward.

Carruthers has a one-year lease on the 900-square-foot space. The shop was formerly home to a healthcare organization, Carruthers said. 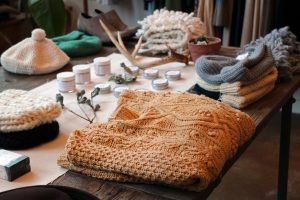 Rosewood sells clothing and accessories as well as beauty supplies.

“My aim is to include everyday women’s wear with bath and beauty products,” said Carruthers, 28. “I’m trying to help new designers and smaller companies get more recognition.”

She’ll also look to have a temporary menswear store and make-your-own bouquet concept in the space.

Carruthers would not say how much it cost to open Rosewood. She said she financed the venture with a loan from Wells Fargo.

While her business builds, Carruthers said she picks up shifts at local restaurants and does babysitting gigs on the side.

“I’m not a really wealthy person, but I’m trying to make it work,” she said.

A VCU grad, Carruthers got her start six years ago selling items through Etsy.com, an online vendor marketplace. She eventually became a part-owner of Addison Handmade & Vintage in the Fan before starting up Rosewood.

Rosewood sits at Broad and Adams street downtown near Max’s on Broad.

Carruthers said she saw her experience in the Fan as a kind of trial for her solo venture.

Kate Jennings, who was also part of Addison Handmade, eventually started her own vintage shop, Na Nin, on Addison Street.

Carruthers said January and February are bad months for retail but if she can get through the cold days, she’s confident Rosewood can keep growing.

In choosing a location downtown, Carruthers said she was inspired by the presence of nearby retailers Blue Bones, a vintage shop that shares a space with record store Steady Sounds, and Verdalina, both on the 300 block of West Broad Street.

“They’re the pioneers of this retail movement,” Carruthers said. “This used to be a fashion district – the SoHo of the South – and I’m excited to be part of it.”

There are other shops in the surrounding few blocks that seem to be part of that apparent movement. Skate shop Utmost Co. opened recently at 115 W. Broad St. and Circle Thrift & Arts Space is now open at 7 W. Broad St.

“In the past year and a half, the businesses here have just been blooming,” said Chris Maloney, a Circle Thrift co-owner.