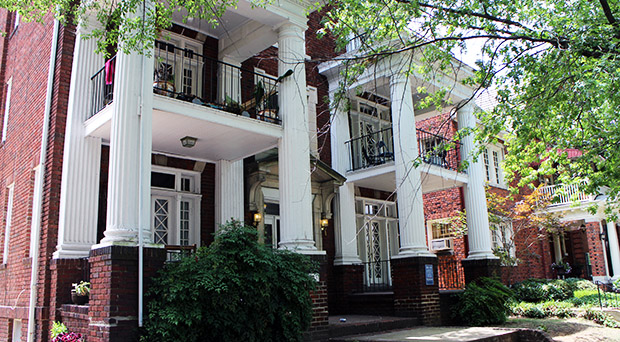 The sale of a massive portfolio of local apartment buildings appears imminent, but the details of the deal and the identity of the potential buyers remained fuzzy following a Tuesday court hearing.

Attorneys grappling over the fate of imprisoned local developer Billy G. Jefferson’s River City Renaissance real estate empire hinted yesterday that they have at least one party interested in buying the 29 apartment buildings throughout the Fan and Museum District.

Spotts Fain attorney Robert Chappell, who is representing River City Renaissance, told Judge Keith Phillips at Tuesday’s bankruptcy court hearing that his team has “positive news regarding offers and letters of intent,” related to the potential sale of the real estate.

Chappell said they had received several responses to final calls for offers on the 440-unit portfolio.

But who these potential buyers are remained unclear after the hearing.

Members of the media were asked to leave the courtroom during part of the hearing while details of the apparent interest in the properties were discussed.

The court transcripts from Tuesday’s hearings have been sealed until the next hearing on Feb. 20. Chappell told Phillips that sealing the transcripts will ensure that the sale process goes as smoothly as possible and fetches a high price.

A highly publicized auction for the properties was held in December, with the winning $36 million in bids going to U.S. Bank through special servicer CWCapital. The bank lender is also the note holder and largest creditor on the two RCR portfolios.

Since then, lawyers have twice tried and failed to finalize the sale. Then, because of questions over the auction process, the judge agreed last month to allow RCR to test the market and see if another high bidder could be found.

Neither Chappell nor Robbin Rahman, an attorney with Atlanta-based Kilpatrick Townsend & Stockton representing U.S. Bank and CW Capital, would comment after the hearing.

Billy Jefferson is currently appealing his 20-year sentence for a tax credit scheme.