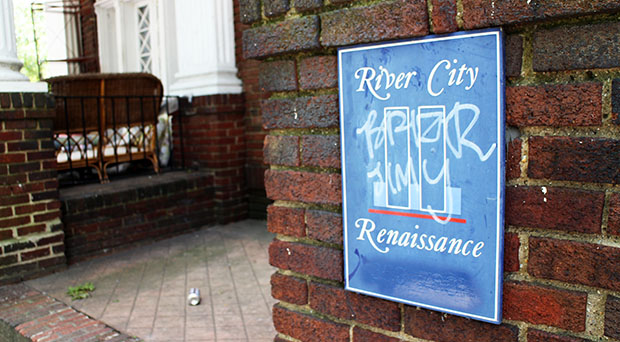 A part of the River City Renaissance real estate holdings is in the process of being turned over to a new owner. Photos by Evelyn Rupert.

A chunk of an imprisoned local developer’s real estate empire has finally landed a buyer. And the deal would put dozens of city apartments in the hands of another major Richmond landlord.

The company has made an offer of $6.4 million for RCR III’s six apartment buildings totaling 77 units throughout the Fan and Museum District. The buyer and the sales price were presented at a federal bankruptcy hearing and in court documents last week.

The purchase would add to Bellona’s already hefty portfolio of properties around the city. The company owns at least 60 apartment buildings and about six retail spaces, according to city records.

Jefferson himself had been one of the biggest landlords in the city and is currently serving 20 years in federal prison for a historic tax credit scheme.

Both RCR portfolios, which contain the bulk of Jefferson’s local real estate holdings, were placed on the auction block through a Chapter 11 bankruptcy filed in the midst of his criminal court proceedings last year.

Bellona Arsenal’s $6.4 million offer for RCR III is $100,000 more than the original winning bid placed on the properties by U.S. Bank at a highly anticipated December auction. The bank holds $36 million in loans backed by the two portfolios. 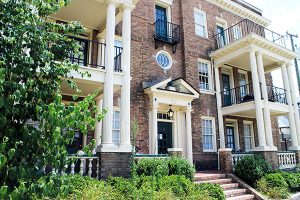 The apartment building at 705 N. Boulevard is one of six included in the RCR III portfolio.

Lawyers have since gone back and forth trying to finalize the sale. After two failed attempts, a federal judge allowed RCR attorneys to again canvas the market to gauge interest in the properties. It was through this process that Bellona Arsenal came forward with an offer.

Bellona Arsenal is headquartered in Midlothian at 3816 W. Old Gun Road, where, according to county records, the company breeds exotic animals, including kangaroos, wallabies and spider monkeys.

Spotts Fain attorney Robert Chappell, who is representing River City Renaissance, said at Friday’s hearing that Bellona Arsenal intends to finance the purchase and it could take about six weeks for the sale to close.

The future of the other River City Renaissance portfolio, consisting of 23 properties and about 360 units, is still up in the air.

“We have a number of parties with whom we are in serious discussion,” Chappell told Judge Keith Phillips on Friday.

Discussions of that next potential sale will take place at a hearing on March 3.

The RCR III properties are: