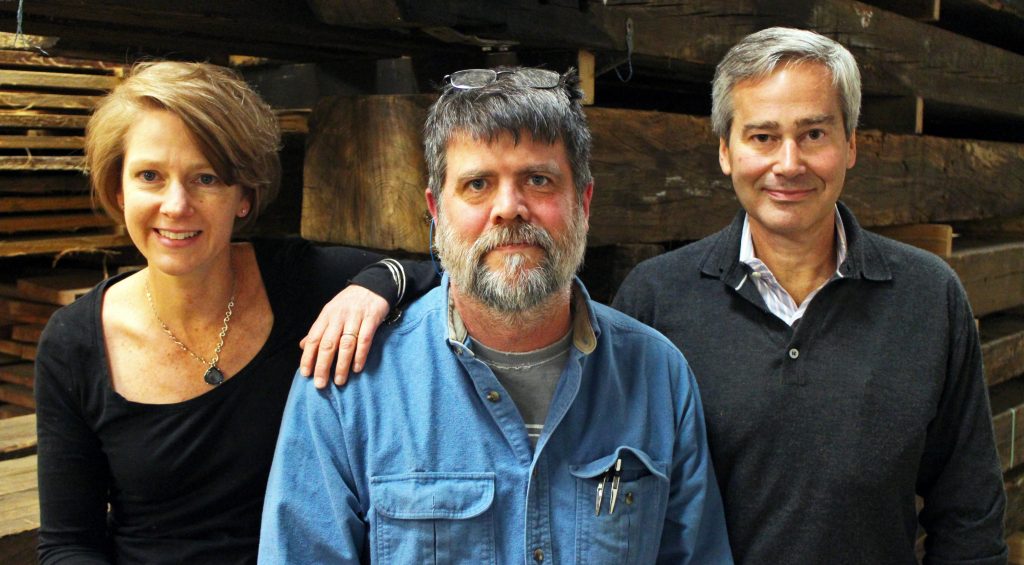 From left: Kirsten Webb, Hunter Webb and John Freeland are putting the finishing touches on their Scott’s Addition facility. Photos by Michael Thompson.

A startup manufacturing company is finishing the last phase of its new facility in Scott’s Addition.

Surface Architectural Supply, a reclaimed wood manufacturer, is opening a 1,200-square-foot showroom for its 20,000-square-foot workshop and office at 1504 Belleville St.

The company manufactures flooring, paneling and furniture from reclaimed wood. It’s owned by John Freeland, who is also behind Richmond’s Crunch gyms, and husband-and-wife team Hunter and Kirsten Webb.

“We don’t aspire to be Lumber Liquidators,” Freeland said. “There’s a real need for a market focused on the high end of the business.” 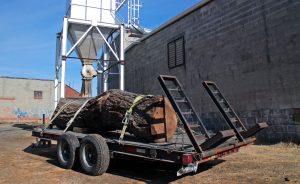 Reclaimed wood from SAS can cost between $15 and $35 a square foot.

Freeland bought the Belleville Street property, previously an office building, in 2013. He said it had been vacant for more than a year.

SAS installed its machinery – including a $90,000 wood molder – and began sales last year.

Construction on the new showroom began in November, and the interior design should be finished by April. A grand opening is planned for April 30.

Seven figures worth of investment have been put into the company to get it off the ground, Freeland said.

Hunter Webb said the company looked to Scott’s Addition because of its density of architects and designers.

“There’s a great design community in Scott’s Addition,” he said.

Other Richmond shops specializing in reclaimed wood include ClawHammer Co. on the Northside.

SAS’s work around Richmond includes the interiors of the Southbound restaurant on Stony Point Drive and Gelati Celesti’s Short Pump location. It is now working on projects for the Boathouse at Short Pump and Tazza Kitchen’s Southside location.

“Anybody can do log cabin or ski lodge with this,” Webb said. “We’re trying to bring reclaimed wood into a modern setting.”

The focus of the company is to use “responsibly sourced” wood; Webb said SAS’ product is all made and used with a goal of recycling and repurposing in mind. 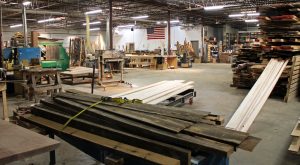 SAS’ facility in Scott’s Addition is more than 20,000 square feet.

SAS’s process begins with reclaimed wood being disassembled from its source, a barn or old house, for example. Then it’s transported to the Scott’s Addition workshop where leftover nails and defects are removed. The wood is then put into a 140-degree kiln for two days – the heat kills any insects and removes moisture. It is then processed and shipped to the buyer.

Webb said the company has a network of suppliers of reclaimed wood and fallen trees and that most of the wood he buys comes from within a 300-mile radius of Richmond.

The company has two U.S. distributors and one in Australia, and it has seven employees.

Prior to SAS, Hunter and Kirsten Webb ran Goochland cabinet shop The Clearfield Co. for 14 years. In 2008, they remodeled Freeland’s Manhattan apartment. Freeland – Kirsten Webb’s uncle – was impressed with their work, and the three ended up launching a new business together.

They said their focus now is to build the brand and get more jobs in New York and D.C.

“There are lots of small companies in the flooring industry,” Freeland said. “The reality is most companies are undercapitalized.

“Our business intent is to be the Tiffany’s of the sustainable wood industry.”