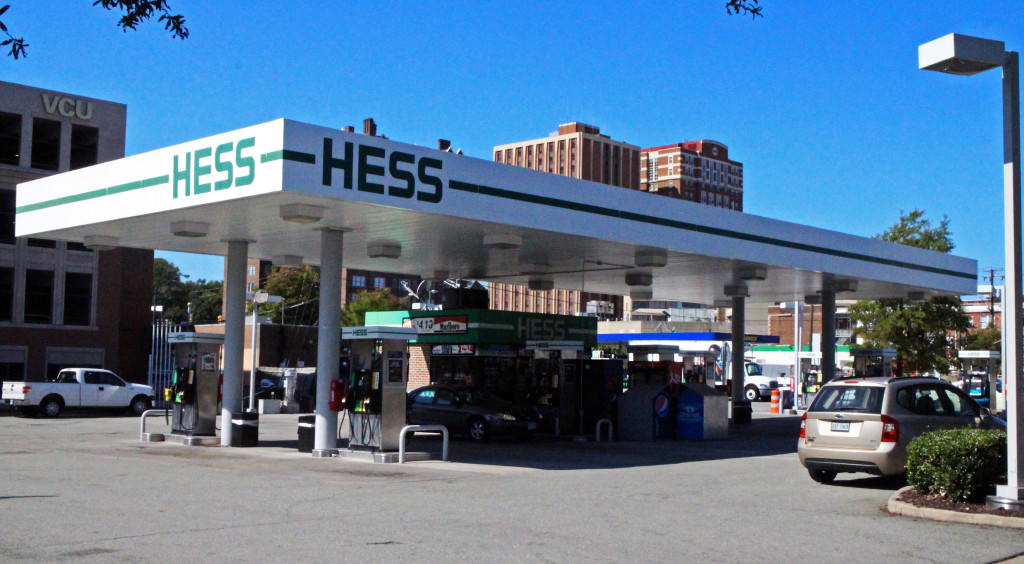 The Hess gas station at Belvidere and Broad streets was recently sold to VCU. Photo by Burl Rolett.

VCU has staked a further claim at one of the city’s busiest intersections.

The property at 535 W. Broad St. had been under contract with Charlotte, North Carolina-based development firm Morgan Property Group, which had planned to build a 12,000-square-foot Walgreens.

City records show that the VCU Real Estate Foundation closed on the property March 2, purchasing it from Hess Retail Stores. It was most recently assessed by the city at $1.05 million.

Anne Buckley, a VCU spokeswoman, said the school does not comment on real estate transactions.

Morgan Property Group had started the process of seeking city approval for the Walgreens construction. The group filed a request for a special use permit with the Planning Commission Dec. 8 to operate a drive-up window in the building, but then withdrew the request Dec. 12.

The company said in a prepared statement that the property was originally under contract with a Morgan Property Group affiliate, Belvidere Street Realty LLC. But “following substantial dialogue” between the firm and VCU, it ensured that the university real estate foundation acquired the 0.6-acre property instead.

In its release, Morgan said that after conversations with VCU, the development firm “became real believers in a grand vision for this corridor.”

With the purchase, VCU now controls both sides of Belvidere at its intersection with West Broad Street.

VCU’s Buckley did not respond to a question about what the school has planned for the Hess property. The VCU 2020 Master Plan indicates the stretch of Broad Street from North Harrison to North Madison streets, which includes the Hess property, as an area in which the School of Arts will strengthen its presence.

The school has made moves to grab other nearby downtown properties in recent months. Late last year, VCU purchased a 7,000-square-foot building on West Cary Street, and last summer it snagged an apartment building on West Grace Street.

What great news! Thank you Morgan Property Group for buying into the larger vision for the Broad Street corridor.