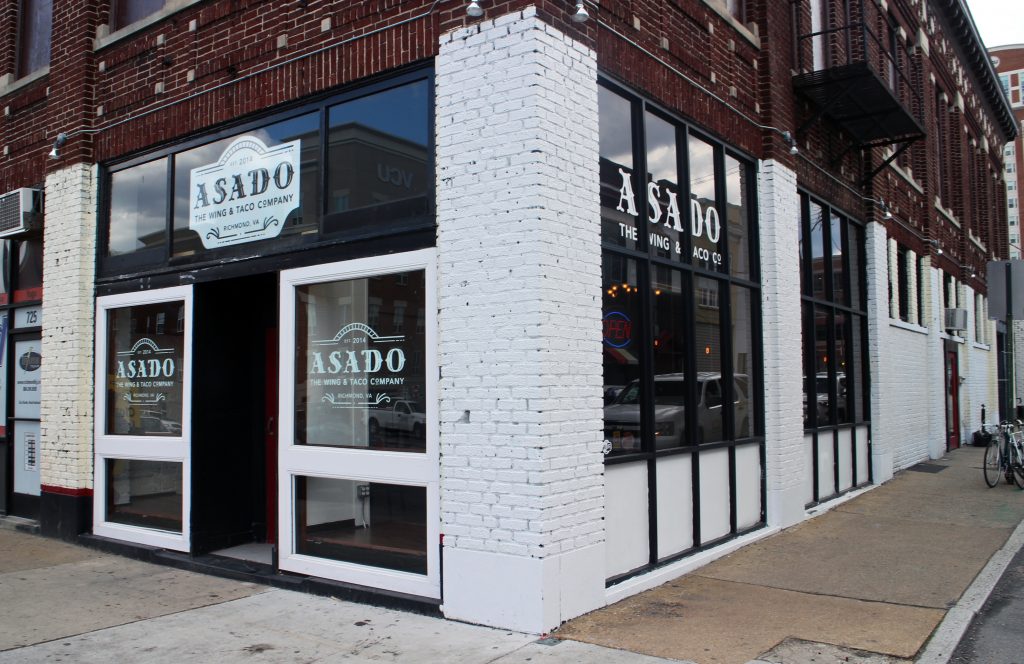 Asado opened over the weekend at West Broad and Laurel streets. Photos by Michael Thompson.

A group of Chesterfield restaurant owners have opened the doors to their second location near VCU.

Asado opened March 28 for lunch and dinner at 727 W. Broad St. The taco and wing spot is owned by Stephen Rogge, Ian Anderson and Kevin McGrath. The trio also owns the Flyin’ Pig in Chesterfield.

Rogge said it cost about $80,000 to renovate the former Empire Dining and Lounge space. Empire was open at North Laurel and West Broad streets for nearly a decade.

Rogge said he’s looking forward to local graduations and the NFL season for a spike in business.

“We think our billboard promotions will work in the area,” he said.