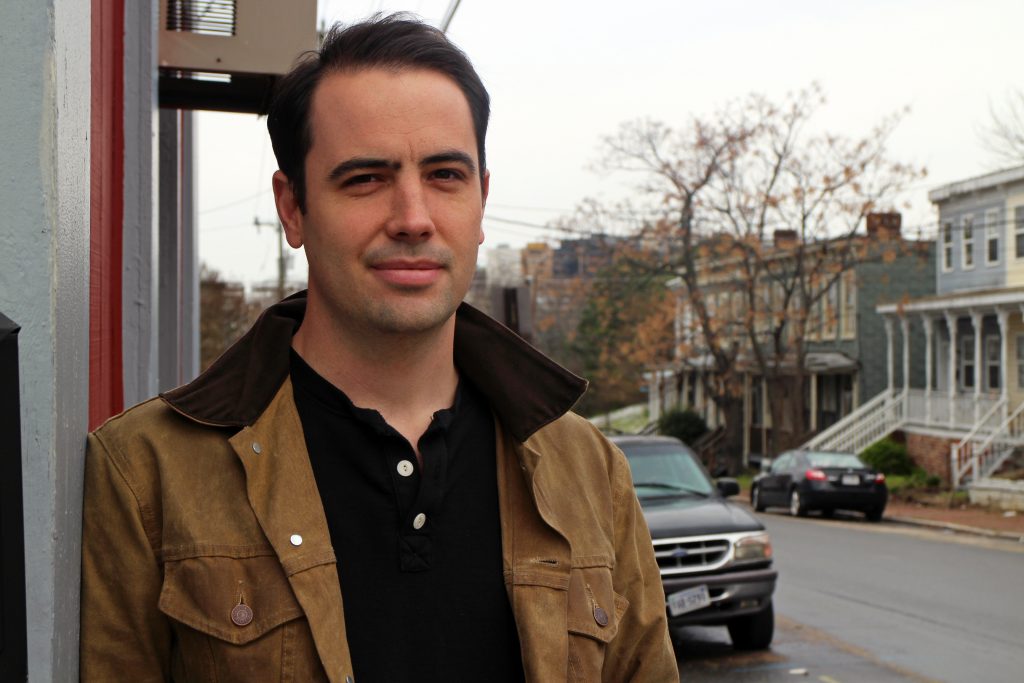 Drew Dayberry is launching a brick-and-mortar shop to complement his online store. Photo by Michael Thompson.

An online retailer of American-made goods is opening a storefront – along with a soda shop – in the East End.

Drew Dayberry plans to open Roaring Pines at 2025 Venable St. in Union Hill in June. Dayberry has a five-year lease on the 1,200-square-foot space.

The store is an extension of the online retailer and web development company that Dayberry launched in 2014 under the Roaring Pines banner at the Eastern Land Collective, a co-working space near Rocketts Landing. 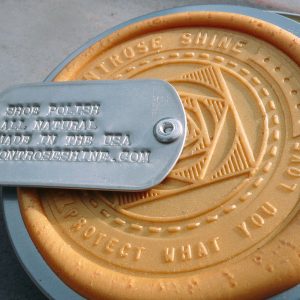 “We wanted to take on companies that manufacture in the U.S. but don’t have a public-facing brand,” Dayberry said. “We wanted to give them a place to sell their stuff.”

Roaring Pines sells pencils made in Brooklyn, mops made in Vermont and shoe polish made in Richmond, among other items manufactured in the U.S. Dayberry said a $20 broom made in Illinois by a company founded in 1925 has been a best seller.

In addition to selling American-made goods, Roaring Pines will have a soda bar with different flavors as well as cold-brew coffee. A patio is also planned for the space.

“It’s kind of like the old pharmacy soda bar of the 1920s,” Dayberry said.

Dayberry would not say how much it would cost to add a storefront to Roaring Pines. The space is being developed by UrbanCore Development. 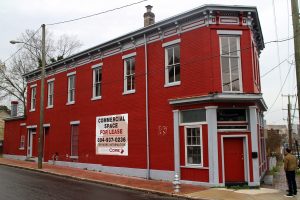 Roaring Pines will open in a mostly residential neighborhood with few other retailers nearby. Dayberry acknowledged that relying strictly on storefront sales would be a challenge if the business wasn’t also drumming up revenue through online sales and web development services.

“The big thing for Roaring Pines is we’ve got a bunch of stuff going on outside of brick-and-mortar,” Dayberry said. “We want to be there for the neighborhood.”

Dayberry said all three aspects of Roaring Pines feed into one another. For example, Dayberry is developing a website for Richmond-based candle maker Square Trade Goods. The company’s candles will be sold on Roaring Pine’s website and Union Hill store. Dayberry buys all of Roaring Pines’ inventory outright.

“We kind of want to grow all three divisions,” Dayberry said. “It can’t just be high-end items. It has to be everyday items for this to make an impact.”

Thanks for sharing Lori!! Love that the label becomes an herb garden. What a great concept!

Congrats Drew Dayberry!! I checked out your website and I’m looking forward to purchasing a few things. I have to admit the broom reminds me of the one my grandmother had when I was a little boy. For that reason alone, I will be ordering one soon. I hope to be a lifelong customer.