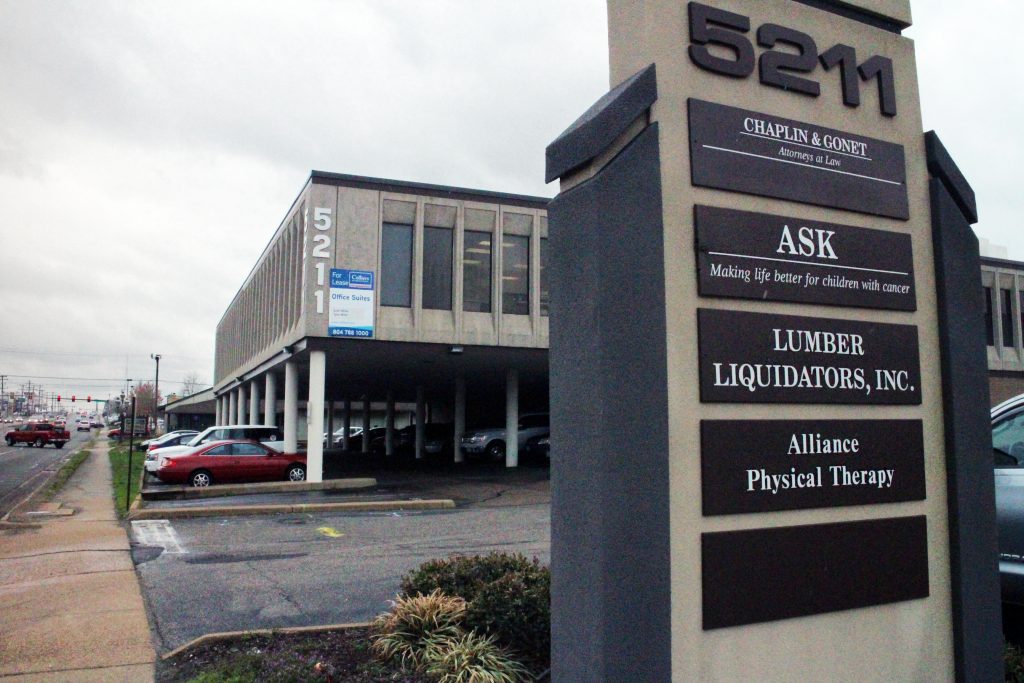 Lumber Liquidators has expanded to take over an entire floor at 5211 W. Broad St. Photo by Jonathan Spiers.

The Toano-based company, which has faced recent scrutiny regarding some of its products, has added square footage to its office operations at 5211 W. Broad St.

Lumber Liquidators has bumped up its space from 17,800 square feet to just over 24,600 square feet. Scott White and Tyler Miller of Colliers International brokered the deal.

White said the additional space had been available for some time before Lumber Liquidators decided to go forward with the expansion, which will fill the building’s entire second floor.

“There had been other interest in dividing the floor,” he said. “But the timing just worked out for all concerned for Lumber Liquidators to expand to the entire floor.”

Lumber Liquidators’ expansion suggests an added commitment to the Richmond area, which is currently home to two of the company’s flooring retail stores and a 1 million-square-foot distribution center at White Oak Technology Park in eastern Henrico County. A company representative could not be reached for comment by press time.

In addition to the two Richmond stores – one on West Broad Street, the other on Robious Road –Lumber Liquidators has 10 retail locations in Virginia. A 13th location is in the works in Manassas.

The company was recently thrust into the spotlight following a “60 Minutes” segment that scrutinized the levels of formaldehyde, a carcinogen, used in the company’s laminate flooring products. An investigation revealed health and safety violations. The company’s founder, Tom Sullivan, has maintained the products are safe.

The company currently operates more than 300 stores and, according to its website, is looking to continue expanding nationally.