Kids Run RVA, a Sports Backers initiative, was named Youth Running Event of the Year for the Call Federal Marathon Jr. kids run. The event was recognized as the best youth running event in the country. 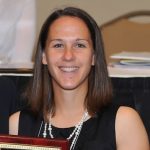 Special Olympics Virginia was recently awarded a $25,000 grant from The CarMax Foundation. The funds will be used to support the organization’s Urban Programs.

The YMCA of Greater Richmond officially kicked off the community phase of its 2015 Annual Campaign, which is aimed at raising funds to support the organization’s community programs and resources for local youth development.

The Earth Day 5K Race Without a Trace took place April 18th, starting in Chimborazo Park in Church Hill, with a finish line at the Great Shiplock Park for Enrichmond’s Earth Day Festival. It was presented by EarthCraft Virginia in partnership with the Earth Day Festival and Richmond Multisports.

Bon Secours Richmond Health System has announced a multi-year partnership with the Richmond Kickers, which will commence with the 2015 season. The provider will be the Official Healthcare Services Provider for the Kickers, providing a full spectrum of medical care.

Bon Secours’ St. Mary’s Wound Care Center at Reynolds Crossing was recognized as a Center of Distinction for 2014 by Healogics Inc.

Viki Regan, WRIC General Manager, presented the Children’s Hospital of Richmond at VCU with a $10,000 donation on behalf of Wheel of Fortune.

The VCU Medical Center received its Level 1 trauma center certification for the fourth time from the American College of Surgeons.

Paul Cassimus of King of Pops has teamed up with local artists Hamilton Glass and Matt Lively to paint a mural on the company’s Pop Factory.

After leaving Matrix Capital Markets Group at the end of 2014, Jeffrey Moore has formed RTK Family Capital Group LLC, along with Jim Young, a former client. 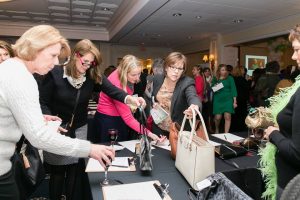 The Legal Information Network for Cancer raised almost $50,000 for cancer patients and their families in the Richmond area during its 9th Annual Silent and Live Handbag Auction, It’s in the Bag, presented by the Virginia Cancer Institute. 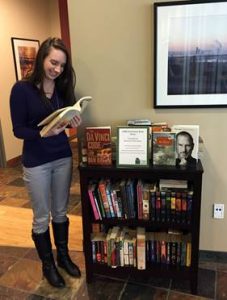 CBRE|Richmond collected more than 100 books for the Richmond Public Library.

CBRE|Richmond has collected 119 books, worth a total of $1,763, for the City of Richmond Public Library Friends of the Library book sale held April 10-11. The books were collected through the CBRE Cares platform, a philanthropic group aimed at supporting the local community.

Renewal by Andersen, a division of the Andersen Corp. offering start-to-finish window replacement services, was awarded the Angie’s List Super Service Award, which is given to companies that retain high reviews on the Angie’s List website.

Pivotal’s Soft Case gear bag earned the Red Dot Award: Product Design 2015, competing against 4,928 entries from 56 countries. The award was created by Design Zentrum Nordrhein Westfalen in 1955 and recognizes outstanding designs from all over the world.

TMI Consulting recently strengthened its international presence with its Dialogues for Change project, which took President Matthew Freeman to Ludwigsburg, Germany, to work with Americans and Germans to strengthen skills in identifying and address public concerns about their own communities.

The Honorable David A. Kaechele was named the 2015 Henrico Community Leader of the Year by the Henrico Business Council of the Greater Richmond Chamber. The award honors a Henrico County citizen who has made a positive difference in the community. 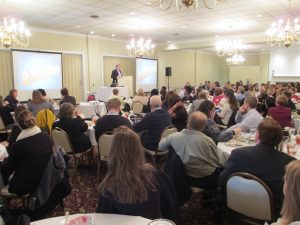 The Richmond chapter of the Public Relations Society of America held its monthly luncheon on March 25 at the Jefferson Lakeside Country Club. Attendees heard from guest speaker Jim Vance, a spokesman with the Federal Bureau of Investigation. Vance discussed media training and communications during crisis situations, noting examples from such incidents as the Virginia Tech shooting, the D.C.-area sniper shootings and Hurricane Katrina. 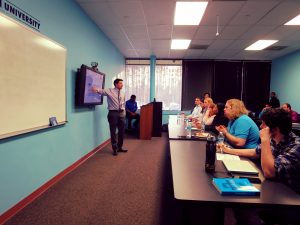 ECPI teamed up with Websmith Group on a mobile app contest.

ECPI University’s Richmond-Innsbrook Campus and Websmith Group teamed up to conduct a mobile app competition. The program divided students into three competing software development teams based on their individual skill sets, and set them to work developing a library inventory mobile application. The final presentation was held April 2.