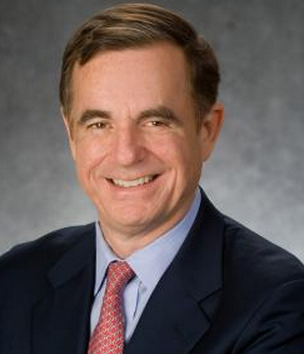 Dominion Resources’ Tom Farrell jumped back to the top of the pack last year as the highest-paid CEO among Richmond’s publicly traded companies.

Farrell’s rise was fueled in large part by a $10 million long-term incentive plan payout that was nearly double what he received the previous year. His base salary for 2014 was $1.41 million, up from $1.34 million.

Barrington’s decrease was due to a gap in long-term incentive payouts. He received $8 million in such payouts in 2013 but none in 2014.

Seven of the 13 saw the value of their total compensation packages rise in 2014. The group saw an average increase of 33.45 percent for the year.

Total compensation, as disclosed by the companies in their recently released proxy statements, includes base salary, stock and option awards, change in the value of their pensions, deferred compensation, nonequity incentive awards and other perks.

The highest year-to-year jump in total compensation went to Media General’s former CEO George Mahoney, who received $5.05 million in 2014, up from $1.25 million in 2013 – an increase of more than 300 percent. Mahoney resigned as CEO on Dec. 19 as part of a large merger.

The biggest drop in compensation went to Genworth Financial CEO Thomas McInerney, whose 2014 total compensation of $2.7 million was down 77 percent from $11.99 million in 2013.

Stay tuned to BizSense on Tuesday for a rundown of the region’s highest-paid bank CEOs.

Read more: Bloomberg reports on the new highest-paid CEO in the U.S. 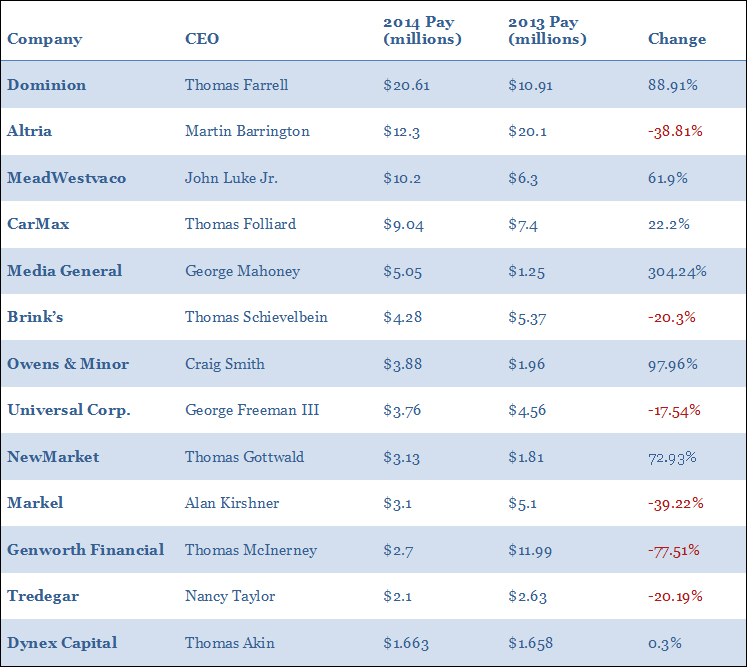 Just once think about the Union Workers that know their jobs compared to the ones you are bringing in to read our meters & do all the other jobs that they know nothing about, good luck!! The CEO will not suffer, but is unhappy with the striking workers I am sure, but they only want what they need to take care of their families & Dominion wants to take these benefits away. Shame on all of you!!

As a Dominion employee and proud member of UWUA Local 69, I would just like to clarify that the 950 members of Local 69 are NOT on strike. We have been LOCKED OUT and prohibited from performing our job duties.