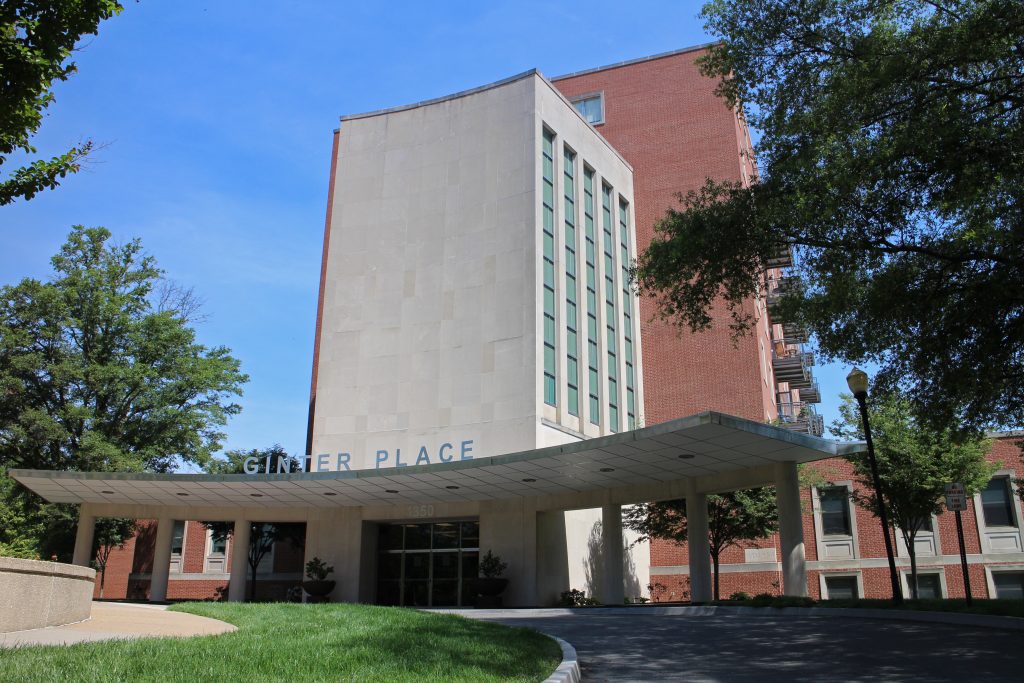 Ginter Place, a redeveloped hospital in Northside, has sold almost all of its condos. Photo by Jonathan Spiers.

A former Northside hospital’s conversion into condos, once on life support during the economic downturn, is one unit shy of a clean bill of health.

The 69-unit Ginter Place development, which has transformed the former Richmond Memorial Hospital in the city’s Ginter Park neighborhood, is approaching full occupancy with one last unit left to sell.

Once a buyer is found, the sale would mark a successful end to a years-long effort that almost didn’t make it out of the recession.

Developed by father-and-son team Jim and Ted Ukrop and partner Edwin Gaskin of Echelon Resources, Ginter Place was completed just in time for the recession.

Construction on the property at 1350 Westwood Ave. concluded in the fall of 2008.

“And as you can imagine,” Ted Ukrop said, “it was the worst possible timing ever for a condo project. 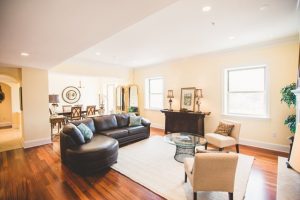 “We came very close to putting it up for auction. We considered renting them as upscale apartments. But at the end of the day, we had (buyers) who came on early, and we felt responsible for those folks to protect their investment and to soldier on and to continue with selling them as condos.”

Beyond those units that presold, additional sales were slow-going: just one in 2011, Ukrop said. The group switched marketing strategies and teamed with One South Realty, which Ukrop credited with finding buyers for the remaining condos.

“It was painful, but it is a great relief.”

One South founder Rick Jarvis said a challenge for the listings was getting the word out about the units, which he said were hard to find in the go-to resource for local real estate agents: the Central Virginia Regional Multiple Listing Service.

“As a brokerage, we needed to change the narrative,” Jarvis said. “We had to do a lot more outreach to make brokers aware of the project.”

Jarvis said another challenge was appearance – the building was mostly empty and could appear dormant.

“We had to make people aware there was a powerful developer backing this and it was not risky and the units were large,” Jarvis said. 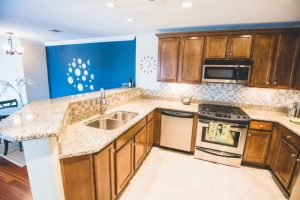 Marketed as luxury condominiums, each one-level unit has at least two bathrooms and finishes including granite countertops and gas stoves. Amenities were also added throughout the building, including an exercise room, a covered garage and storage and common areas.

Ukrop said the project was aimed at empty-nesters looking to downsize and reduce maintenance, particularly Ginter Park residents looking to stay in the area.

“And that’s pretty much been who we have sold to. There are some exceptions,” Ukrop said. “A little like Northside, it’s a pretty diverse and eclectic group that’s living there.”

Ukrop valued the cost of the project at $26 million, with financing provided by Union Bank. It also qualified for historic tax credits. Commonwealth Architects designed the building renovations, which were performed by general contractor Trent Corp.

Jarvis said The Shockoe Co. was also integral to the project in making sure the owners association obtained and maintained conventional mortgage options. And he also gave credit to the developers for not abandoning the project during the recession.

“They could have done other things that could’ve benefited them in the short term, but they chose to stick it out, which I think is huge,” Jarvis said. “I think that the Ukrop family deserves a great deal of credit for honoring their commitment to keeping the project ‘for sale’ and not converting to apartments, like several developers did during the down times.”

In addition to Ginter Place, the Ukrops-Gaskin team has also been behind the redevelopment of the Berry Burk Building at 525 E. Grace St. and several other buildings downtown. Ted Ukrop, who served as managing member on Ginter Place, is also developing a hotel in the 200 block of West Broad Street with his wife, Katie.

I’m glad to see the developer giving so much credit to the One South brokerage team. They, too, opened their shop as the recession began and have weathered the financial storm to establish a strong brand in the City. Congratulations to them for their success.