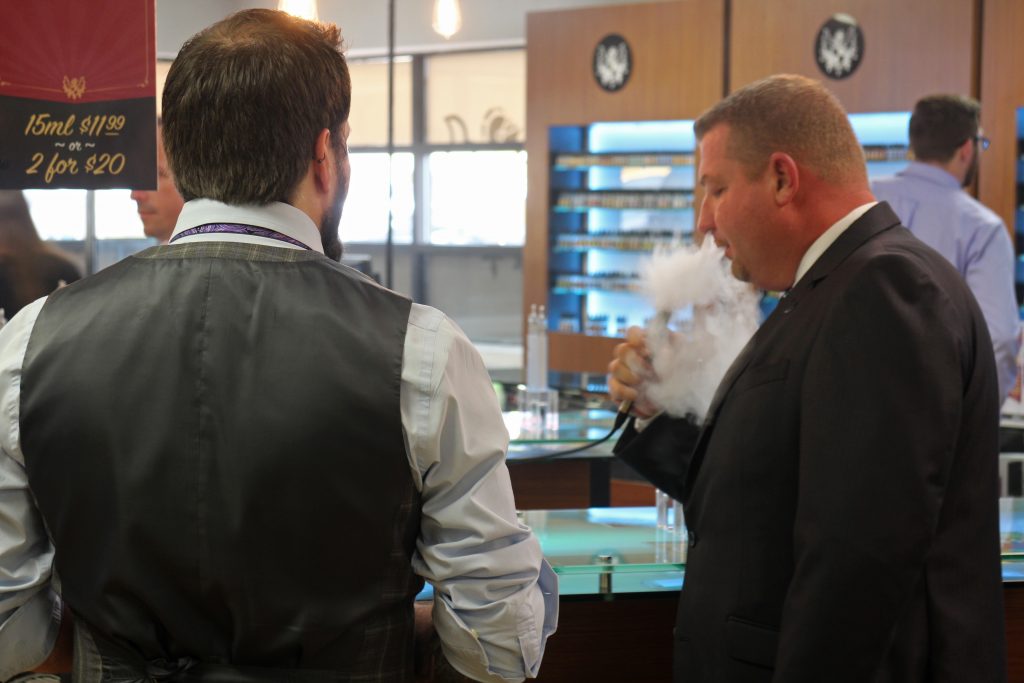 A visitor tests out an e-cigarette at Avail’s opening event on Wednesday. Photos by Michael Thompson.

The headquarters for a fast-growing electronic cigarette company is in full swing in Chesterfield County.

Avail Vapor held a grand opening on Wednesday for its new 37,000-square-foot office and manufacturing building at 820 Southlake Blvd. in the Southport Office Park. 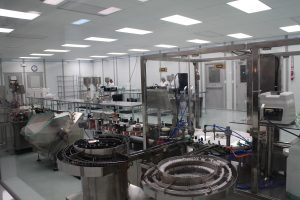 The company produces all of its liquid at the new facility.

The new building became fully operational in March and houses Avail’s managerial, manufacturing and distribution functions. The startup bought the property for about $2 million a year ago.

Avail develops and produces 70 flavors of nicotine-infused liquid, also known as “juice,” for e-cigarettes in a certified clean laboratory on-site.

The property is also home to one of Avail’s nearly 50 active retail locations. Since the company’s launch with a Carytown store in 2013, it has opened six locations around Richmond. Its other stores stretch through Maryland, North Carolina and Tennessee. At least six more locations are in the works.

In April, the company launched a wholesale division, Xu said, and began exporting its products to England, China and France.