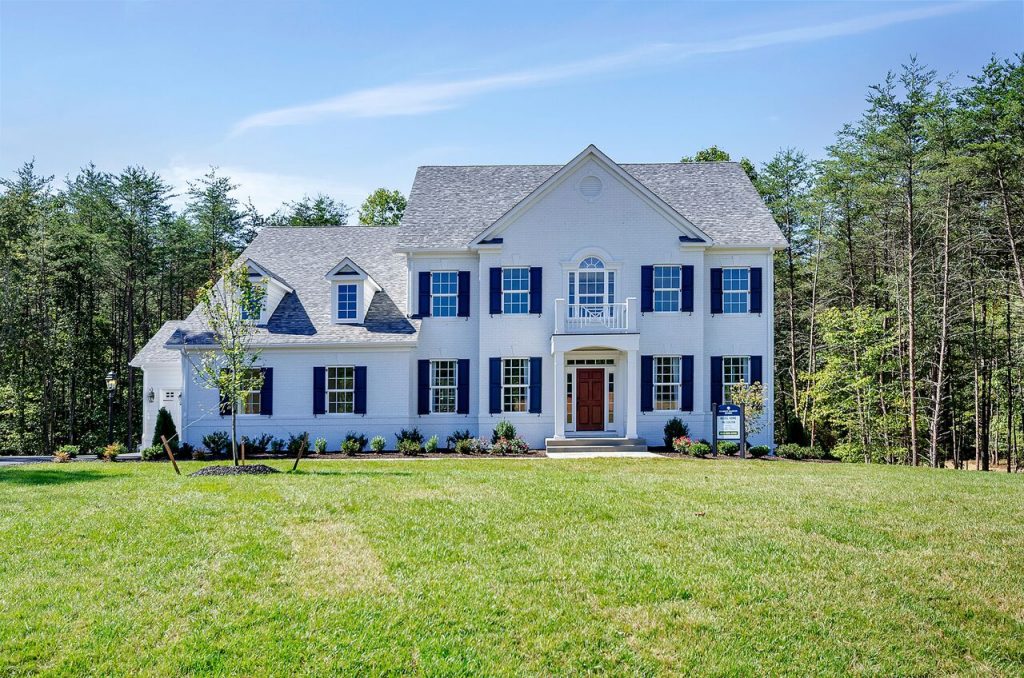 Homebuilder Stanley Martin said it may model its new Short Pump homes after houses in other developments. Photos courtesy of Stanley Martin.

A Reston-based homebuilder is increasing its Richmond footprint with a new project in Short Pump.

The company will develop the land into a 26-home single-family neighborhood called Wellwood, said Tom Weir, director of sales for Stanley Martin.

With prices starting in the upper $500,000s, the subdivision will add to the company’s other local communities, which include the nearby Reserve at Pouncey Tract, Liesfeld Farm at Bacova and a portion of Collington in Chesterfield County.

The company made its entry into Richmond last year by acquiring those communities from Royal Dominion Homes. It also has homes at Fox Creek in Chesterfield and Stable Hill in Short Pump. 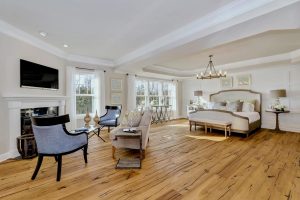 Each home will have at least 3,800 square feet of living space.

“We’ve made a pretty substantial investment into the Richmond market,” Weir said. “We have experienced some pretty substantial growth in the last year, and Richmond was a great opportunity for us, and we felt like it was a good fit because of the way that we build homes. We felt that the market here was needing what we do.”

The homes at Wellwood will have a minimum of 3,800 square feet of finished space on two floors, with options for a basement and a third floor. Customization is also available for interiors and outdoor amenities.

With zoning already in place, Weir said development would start in the next three to six months, with the company working with local contractors on site work and construction. He said sales would begin in July and are expected to be completed within about two years.

Weir said he did not have information on the overall cost of development or how it is being financed.

“Because of our buying power, we were able to come in and do some things that a lot of other builders aren’t able to do,” he said. “Like this, where we’ll assemble three parcels of land, put it together and develop it ourselves. It makes a difference.”

Weir said the decades-old company has a long-term plan to continue to expand its footprint in the market, keeping an eye out for land to locate its next communities.

“We have our finger on the pulse of pretty much every piece of land that’s coming through the Richmond market right now, and we’re looking to just be in the right places,” he said.

Wellwood would add to other single-family neighborhoods planned in that area of Henrico County. Farther east, HHHunt Communities is proposing as many as 260 homes near Wyndham Forest. That proposal received endorsement from the county planning commission late last week and now goes to county supervisors.

As a real estate professional who lives, works & plays in the Nuckols Road & Short Pump corridors; I welcome the surge of new construction in Area 34! For several years now, my relocation buyers and move-up buyers have purchased new construction in the Midlothian corridor in Chesterfield due to the lack of updated housing that reflects today’s technology trends and enhanced liveability! The price point noted by Stanley Martin Homes for Wellwood, will be competitive as well with the Midlo corridor. Of course, what none of us like is the constant growing pains that all of this expansion causes!

I am concerned that henrico county keeps approving new construction while existing home owners are unable to sell their homes at a reasonable price.

Another aspect is henrico county should expand track into two lanes all the way up to goochland to accomodate increase in traffic. Should also consider incorporating side walks the way they did with North Gayton to encourage bikers.

Mary, The real estate sales stats differ from your assessment. Resale properties (excludes new construction) that closed within the last 60 days; has Sales to List Price at 99.7% and the days on market (DOM) has dropped from 55 days to 13.. That’s phenomenal! There are 4-5 qualified buyers for every one house on the market in the Glen Allen / Short Pump area. In my opinion, the reason a house is sitting on the market is its updated competition is winning the buyer over. Most buyers do not want a ‘fixer upper,” in spite of what HGTV portrays. It… Read more »

They should provide sidewalks to encourage walkers but bikes have no business being on the sidewalks. It’s a disaster waiting to happen when a driver turns right as a bicyclist is in the crosswalk. They should incorporate bike lanes to encourage bikers as they are starting to do downtown.

This article and the comments help to remind me why I travel west of Parham Road as little as possible.

Couldn’t agree more Brian…the entire Short Pump area gives me the hives…Those 4-5 buyers for every property can have every square inch of it. The folks are “affected”.